Toxicant Exposures in Rhode Island: Past, Present, and Future

The Brown University SRP is pleased to note that a long-time member of its external advisory board, Mr. Terrence Gray, has recently been promoted to the position of Acting Director of the Rhode Island Department of Environmental Management. Prior to this, Mr. Gray had served as the state’s Deputy Director for Environmental Protection. He has served a valuable advisor for the Brown SRP since its inception in 2005. As one example of his impact on this program, he very early on strongly recommended that the Brown team look into the problem of vapor intrusion exposures, something that became an important part of the program to this day. He has always been very forward-looking regarding what his agency needs to deal with, and has often steered the Brown SRP towards issues related to emerging contaminants. A more complete description of his career at RI DEM and his appointment may be found at http://www.dem.ri.gov/director/bio.php. 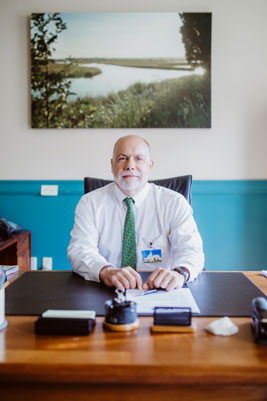