Every year the First Readings Committee chooses a reading selection for the incoming class of students to create an opportunity for first-years to form connections. Brown’s Staff First Reading program, a collaboration between SAC and The Provost's Office, started in 2015 abd brings staff across the campus community to read and reflect on the first reading selection in an effort to build and foster community. 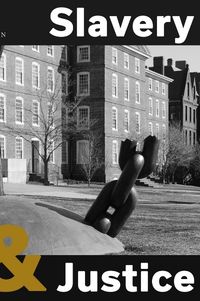 2020 and 2021: The “Report of the Brown University Steering Committee on Slavery and Justice.” The 2006 text, frequently referred to as the “Slavery and Justice Report,” examined Brown’s historical ties to the trans-Atlantic slave trade and   proposed actions for the University to hold itself accountable for the ways in which it benefited from its involvement with slavery. The report — composed by a committee of students, faculty and staff members tasked with examining Brown’s   institutional ties to slavery — has broadly influenced higher education’s engagement with historical connections to slavery since it was first published. 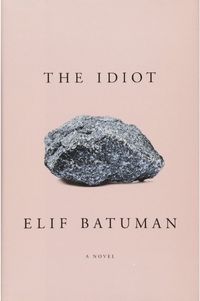 2019: The Idiot by Elif Batuman. With superlative emotional and intellectual sensitivity, mordant wit, and pitch-perfect style, Batuman dramatizes the uncertainty of life on the cusp of adulthood. Her prose is a rare and inimitable combination of   tenderness and wisdom; its logic as natural and inscrutable as that of memory itself. The Idiot is a heroic yet self-effacing reckoning with the terror and joy of becoming a person in a world that is as intoxicating as it is disquieting. Batuman’s   fiction is unguarded against both life’s affronts and its beauty—and has at its command the complete range of thinking and feeling which they entail. 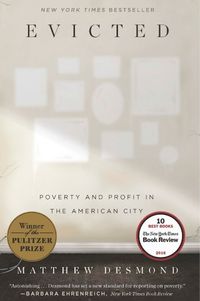 2018: Evicted: Poverty and Profit in the American City by Matthew Desmond. In this brilliant, heartbreaking book, Desmond takes us into the poorest neighborhoods of Milwaukee to tell the story of eight families on the edge. Arleen is a single   mother trying to raise her two sons on the $20 a month she has left after paying for their rundown apartment. Scott is a gentle nurse consumed by a heroin addiction. Lamar, a man with no legs and a neighborhood full of boys to look after, tries to   work his way out of debt. Vanetta participates in a botched stickup after her hours are cut. All are spending almost everything they have on rent, and all have fallen behind. The fates of these families are in the hands of two landlords: Sherrena   Tarver, a former schoolteacher turned inner-city entrepreneur, and Tobin Charney, who runs one of the worst trailer parks in Milwaukee. They loathe some of their tenants and are fond of others, but as Sherrena puts it, “Love don’t pay the bills.”   She moves to evict Arleen and her boys a few days before Christmas. Even in the most desolate areas of American cities, evictions used to be rare. But today, most poor renting families are spending more than half of their income on housing, and   eviction has become ordinary, especially for single mothers. In vivid, intimate prose, Desmond provides a ground-level view of one of the most urgent issues facing America today. As we see families forced into shelters, squalid apartments, or   more dangerous neighborhoods, we bear witness to the human cost of America’s vast inequality—and to people’s determination and intelligence in the face of hardship. Based on years of embedded fieldwork and painstakingly gathered data, this   masterful book transforms our understanding of extreme poverty and economic exploitation while providing fresh ideas for solving a devastating, uniquely American problem. Its unforgettable scenes of hope and loss remind us of the centrality   of home, without which nothing else is possible. 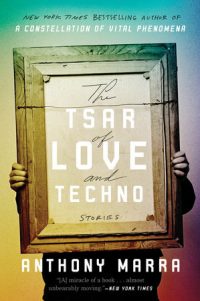 by Anthony Marra is a collection of dazzling, poignant, and lyrical interwoven stories about family, sacrifice, the legacy of war, and the redemptive power of art. This stunning, exquisitely written collection   introduces a cast of remarkable characters whose lives intersect in ways both life-affirming and heartbreaking. A 1930s Soviet censor painstakingly corrects offending photographs, deep underneath Leningrad, bewitched by the image of a   disgraced prima ballerina. A chorus of women recount their stories and those of their grandmothers, former gulag prisoners who settled their Siberian mining town. Two pairs of brothers share a fierce, protective love. Young men across the   former USSR face violence at home and in the military. And great sacrifices are made in the name of an oil landscape unremarkable except for the almost incomprehensibly peaceful past it depicts. In stunning prose, with rich character portraits   and a sense of history reverberating into the present, The Tsar of Love and Techno is a captivating work from one of our greatest new talents. 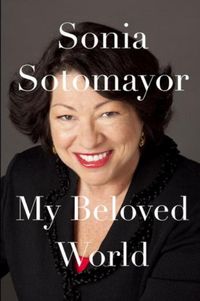 2016: My Beloved World by Sonia Sotomayor. Sonia Sotomayor was the first Hispanic and third woman appointed to the United States Supreme Court. In My Beloved World Sotomayor recounts her life from a Bronx housing project to the   federal bench. Her childhood was precarious. She had an alcoholic father (who would die when she was nine) and a devoted but overburdened mother. It was not until Sotomayor was diagnosed with juvenile diabetes that she recognized she must   ultimately depend on herself. She would learn to give herself the insulin shots she needed to survive and soon imagined a path to a different life. With only television characters for her professional role models, and little understanding of what   was involved, she determined to become a lawyer, a dream that would sustain her on an unlikely course, from valedictorian of her high school class to the highest honors at Princeton, Yale Law School, the New York County District Attorney’s   office, private practice, and appointment to the Federal District Court before the age of forty. Along the way she was shaped by her invaluable mentors, a failed marriage, and the modern version of extended family she has created from cherished   friends and their children. America’s infinite possibilities are envisioned anew in this classic of self-invention and self-discovery. 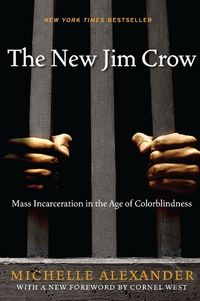 2015: The New Jim Crow by Michelle Alexander is the account of the rebirth of a caste-like system in the United States, one that has resulted in millions of African Americans locked behind bars and then relegated to a permanent second-class   status—denied the very rights supposedly won in the Civil Rights Movement. The New Jim Crow tells a truth our nation has been reluctant to face. Jim Crow laws were wiped off the books decades ago, but today an extraordinary percentage of   the African American community is warehoused in prisons or trapped in a parallel social universe, denied basic civil and human rights—including the right to vote; the right to serve on juries; and the right to be free of legal discrimination in   employment, housing, access to education and public benefits. Today, it is no longer socially permissible to use race explicitly as a justification for discrimination, exclusion, and social contempt. Yet it is perfectly legal to discriminate against   convicted criminals in nearly all the ways in which it was once legal to discriminate against African Americans. Once labeled a felon, even for a minor drug crime, the old forms of discrimination are suddenly legal again. Basically, the racial   caste in America never ended; it was merely redesigned.