Brown’s herbarium dates to 1869, when local businessman Stephen Thayer Olney donated his plant collection to the University. In addition to being a successful entrepreneur, Olney was also an accomplished botanist who corresponded with the leading botanists of his time. He had a particular interest in the genus Carex, specimens of which are plentiful in the herbarium. Olney’s herbarium also includes a survey of Rhode Island flora from the middle of the 19th century and is rich in western and southern plants from various expeditions and collectors of the era. 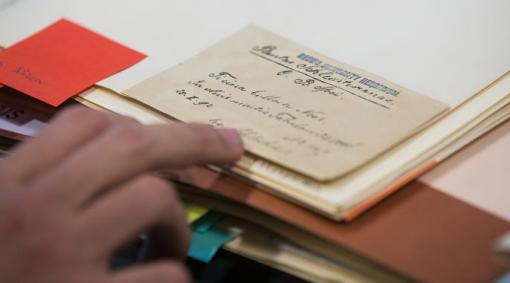 William Whitman Bailey (1843-1914) donated his personal collection of 2,000 specimens in 1879 and in 1880, James Lawrence Bennett (1832 – 1904) gave his private herbarium of 13,000 specimens to the university. The size and scientific value of the collections grew substantially during the tenures of Bailey and Bennett with the acquisition of collections such as Cyrus Guernsey Pringle’s Plantae Mexicanae, a partial set of Moses Ashley Curtis’ mycological specimens, and James and John Macoun’s Catalogue of Canadian Plants (1883-1902). James Franklin Collins succeeded Bennett as curator in 1894.

The Twentieth and Twenty-First Century Herbarium

Harlen York, Walter Henry Snell, George Church, Johanna Schmitt, and Erika Edwards assumed the responsibilities of herbarium curator throughout the 20th and into the 21st century. The collection was moved several times to various buildings on campus and activity gradually declined until the recent move to the Biomedical Center where the collections are now housed in a climate controlled space designed to conform to modern standards of collection management. 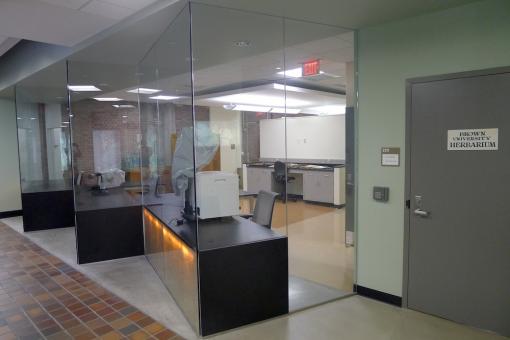 Specimen images and collection information will soon be available online so, in addition to in-person visits, anyone with an internet connection will be able to consult Brown’s collection.

In addition to the current NSF funded digitization TCN collaborative grant, “Mobilizing New England vascular plant specimen data to track environmental changes,” faculty and students are focused on adding to the collections through ongoing fieldwork. We are particularly interested in assembling a contemporary survey of Rhode Island and New England flora. Adding to the legacy of Stephen Olney’s Carex collection is also a focus of our efforts and we are interested in developing general exchange programs with other herbaria to add material of all sorts to the collection.