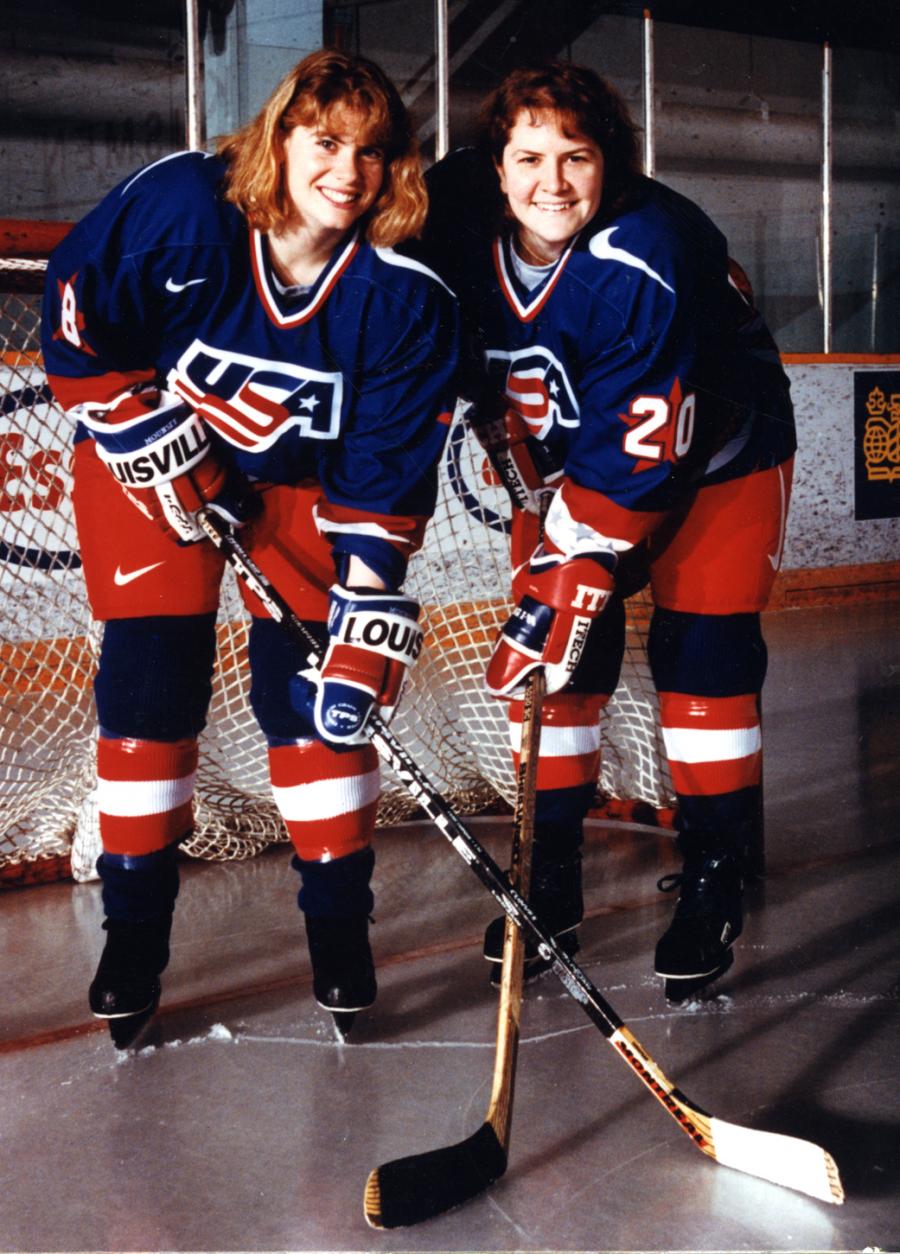 Scores of Brunonians have competed in the Olympic games over the years. In the 1998 Winter Games in Nagano, Japan, four Brown women competed for three different countries. Pictured are Tara Mounsey, Class of 2001, (left) and Katie King, Class of 1997, who won gold for the United States in the first Olympic women's ice hockey competition.