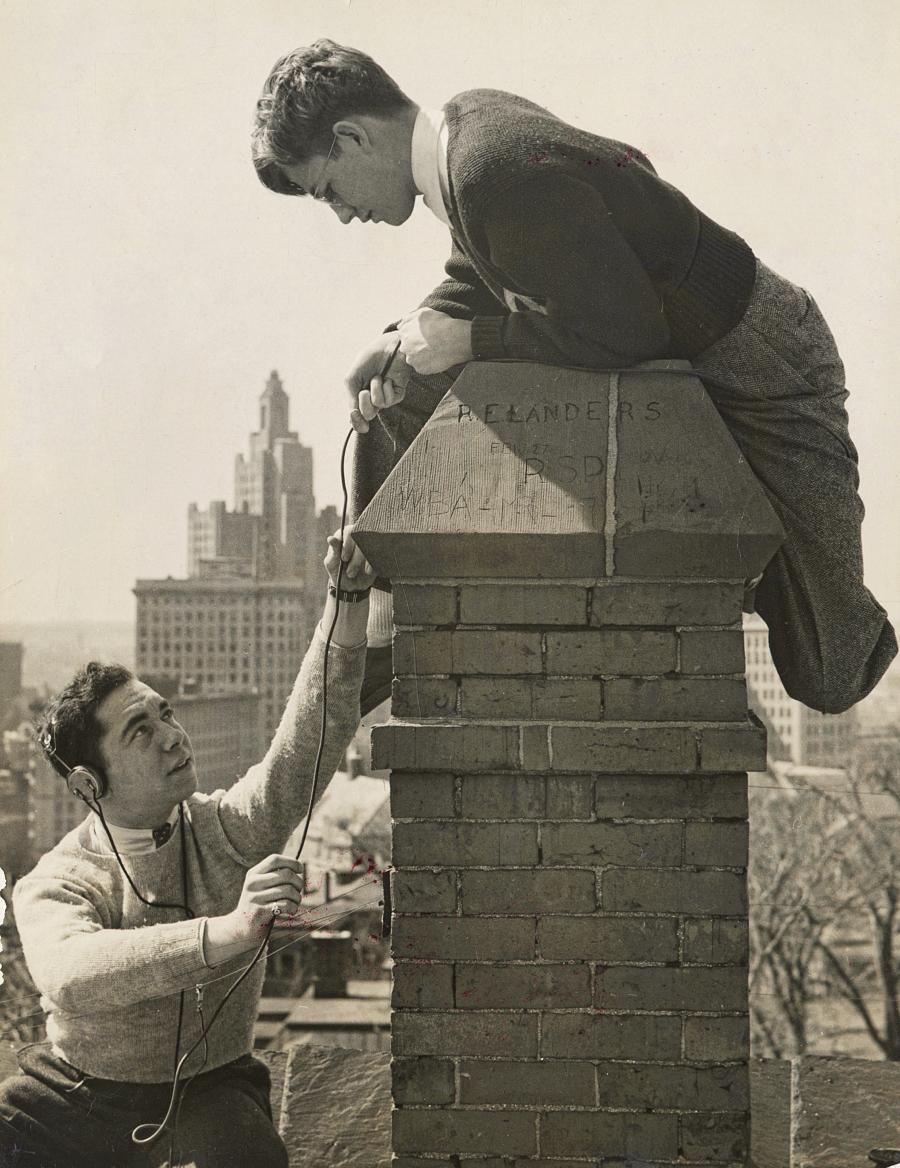 David Borst and George Abraham, both Class of 1940, founded the first college radio station in the country (initially called the Brown Network and later, WBRU) when they began to transmit music and messages between Brown dorm rooms in 1936.

Borst and Abraham went on to found the Intercollegiate Broadcasting Network (IBS) to help other colleges establish their stations, giving birth to the concept of college radio. Here, George Stuckert (top) and Edward Sarnoff (bottom), both Class of 1942, string transmission lines on a Slater Hall chimney for the first broadcast of the IBS at Brown in May 1940. After World War II, George Stuckert would successfully testify in front of the FCC in favor of permanently reserving channels in the new FM band for college radio stations.