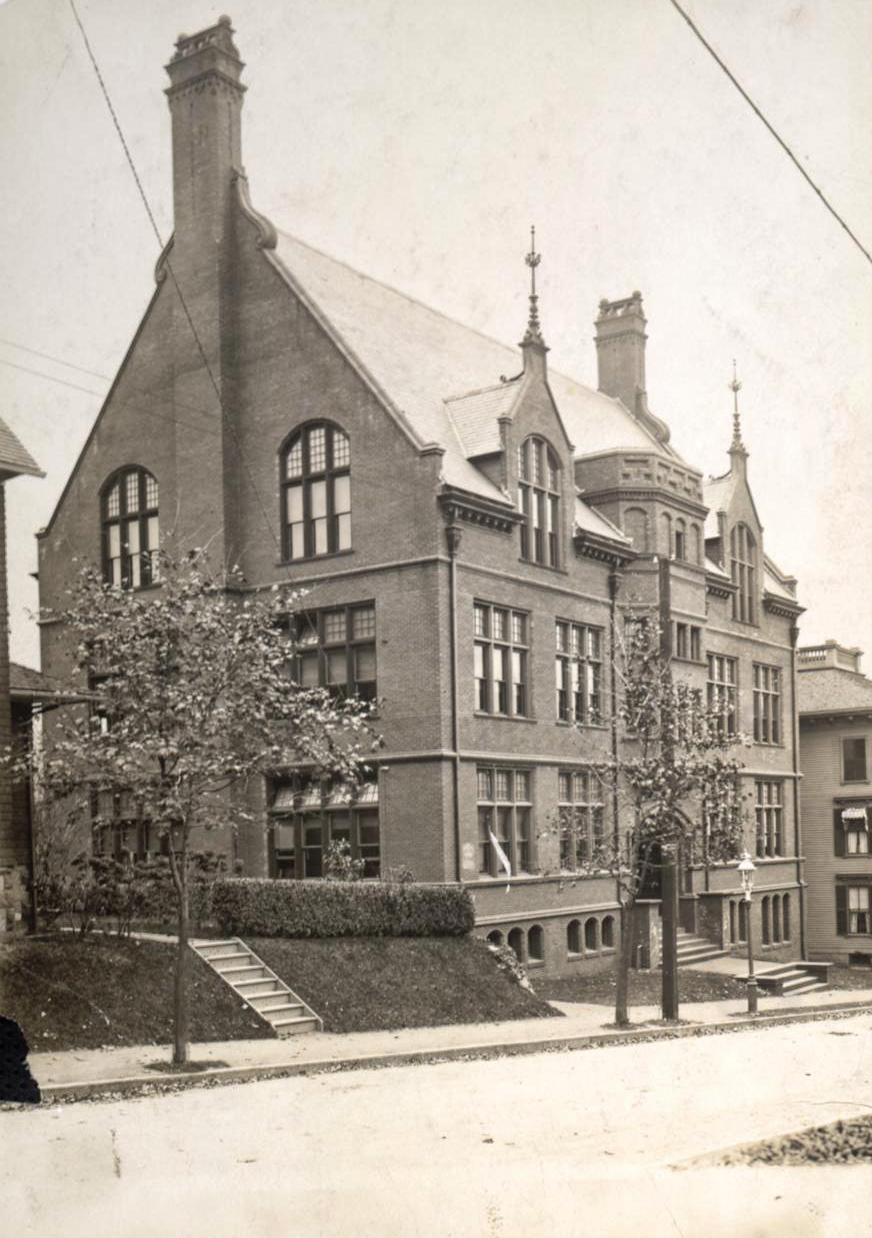 The first official home of the Women’s College opened six years after the first female students began their study at Brown. Its construction was made possible through the fundraising efforts of the Rhode Island Society for the Collegiate Education of Women, under the leadership of president Sarah Doyle. At the dedication, Doyle explained the significance of the name “Pembroke Hall,” after the college that Roger Williams attended at Cambridge. The school was founded by a woman, Marie de St Pol, the Countess of Pembroke. In her speech, Doyle also famously remarked on the great importance of the endeavor: “The women’s sphere is one of infinite and indeterminate radius.”