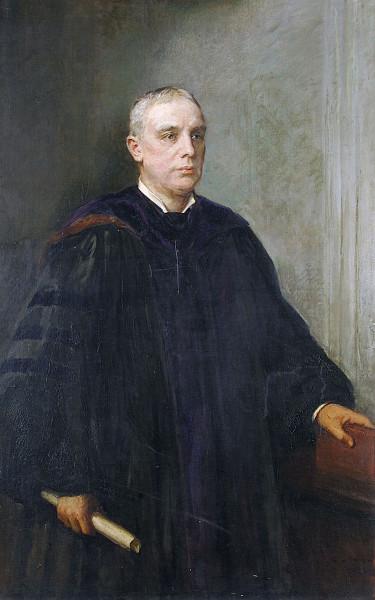 The decade that Elisha Benjamin Andrews, Class of 1870, served as president was a time of great growth and accomplishment for the University. In addition to championing academic freedom (including in his own dealings with the Corporation), he oversaw major developments: the more than doubling of the student body (to over 600), growth of the graduate program and the establishment of the Women’s College.  At the 1947 dedication of Andrews Hall, President Henry Wriston remarked, "Under Andrews, Brown ceased to be a small New England college and embraced the idea of a university. With him the ideal of scholarship, which must dominate a modern university, came to fruition."