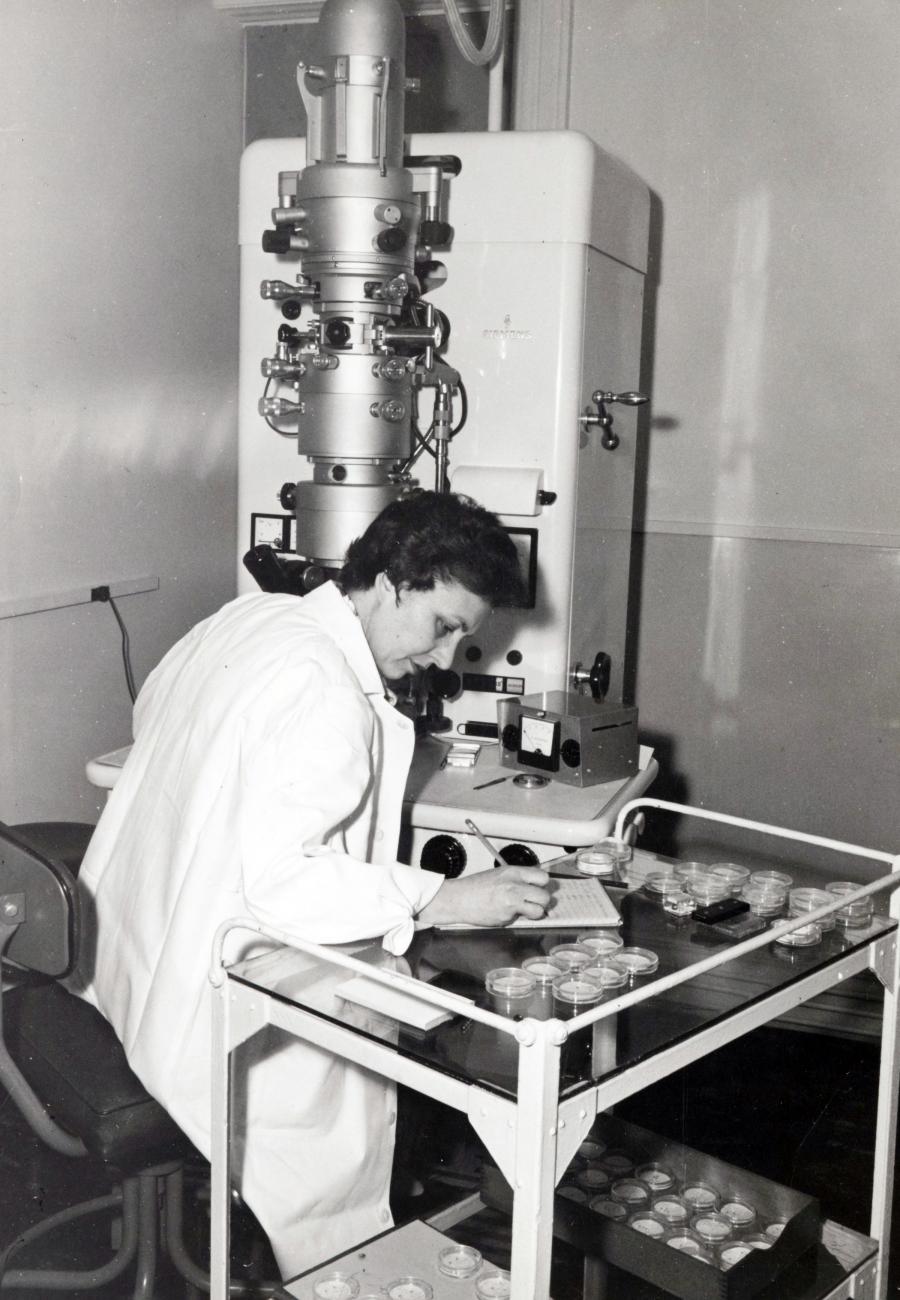 Elizabeth Leduc, shown in this undated photograph, received her Ph.D. from Brown in 1948 and, after working at Harvard Medical School, returned to Brown where she spent the rest of her career. In 1953, she became the first female full professor to hold an academic position at Brown. In 1973, she was named Dean of the Division of Biological and Medical Sciences.