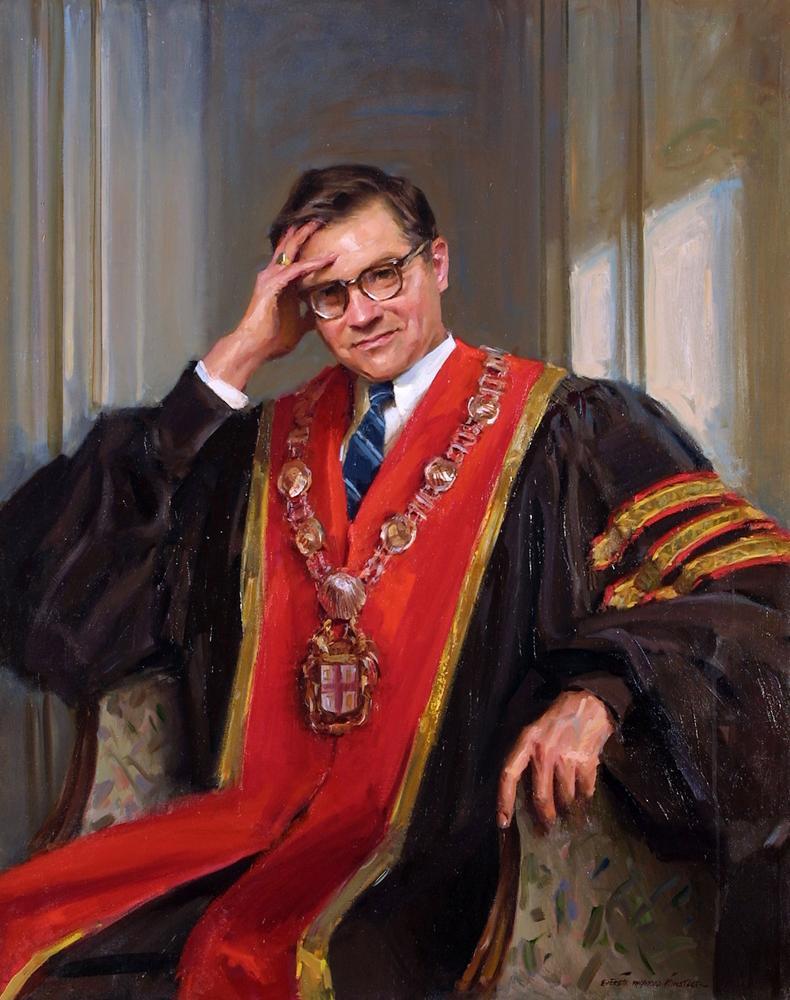 Howard Swearer became president as Brown was beginning to make a financial recovery; he led a successful capital campaign that garnered $180 million and greatly improved the University’s financial picture. The popularity of the school during his administration was reflected in receiving record numbers of applications; the 13,000 in 1984–1985 was the largest number in the Ivy League. Swearer was a strong advocate for undergraduate public service (Brown’s Center for Public Service now bears his name). He oversaw the creation of a number of new centers, programs, and departments and was much admired by the faculty, who awarded him the Rosenberger Medal, the highest honor it can bestow, given for the first time to a sitting president. After 11 years as president, Swearer resigned to run the Institute for International Studies that he had helped found.