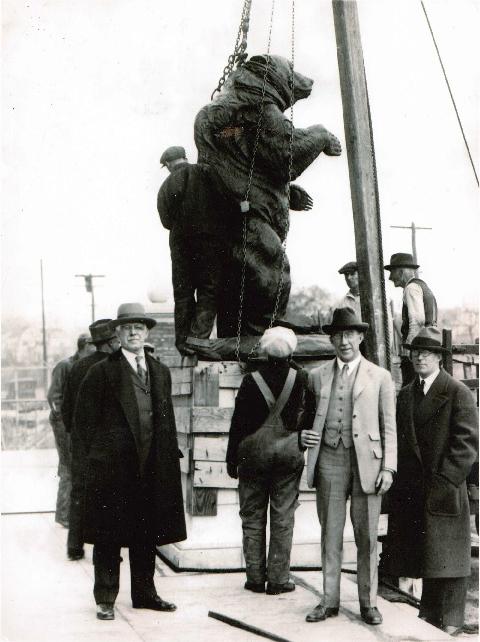 Bronze Bruno, the first bear statue on campus, is placed on his base (which includes a piece of "Slate Rock" on which Roger Williams supposedly landed in 1636) at the new Brown Gymnasium. Watching intently are (left to right) Athletic Director Fredrick W. “Doc” Marvel, Class of 1884; Theodore Francis Green, Class of 1887; and Robert B. Jones, Class of 1907. The statue was moved to the College Green in May 1992, after the closing of Marvel Gym.