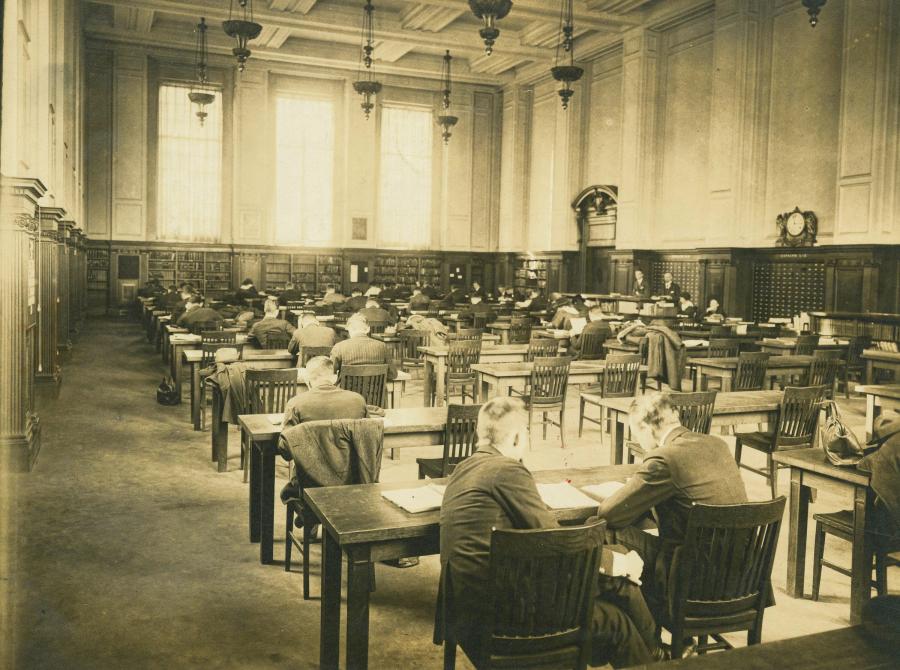 Here, students study in the reading room of the newly opened John Hay Library. After graduating in 1858 as Class Poet, John Hay went on to serve as a personal assistant to Abraham Lincoln during his campaign and presidency. After Lincoln’s assassination, Hay became Lincoln’s biographer and also served as U.S. Secretary of State. A tribute to Hay in the library that bears his name reads: “Poet, Historian, Diplomatist, Statesman, who maintained the Open Door and the Golden Rule.”