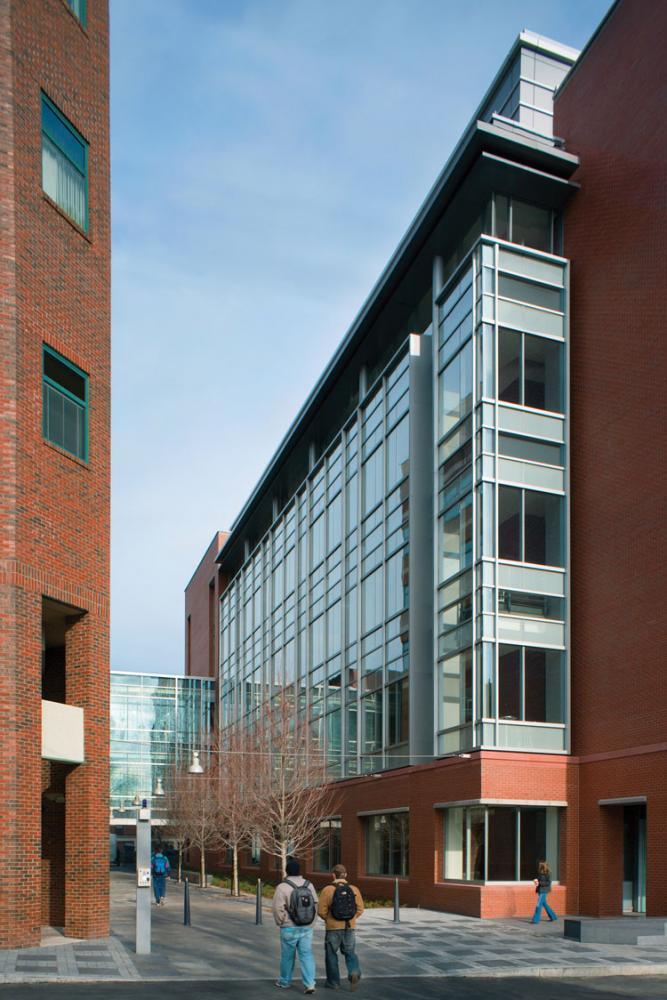 The new life sciences building at Brown was the University’s largest construction project to date and named for one of its largest donors: The Sidney E. Frank Hall for Life Sciences. A member of the Class of 1942, Frank left after a year due to an inability to pay tuition. Later, the successful businessman made a series of donations to Brown, including $20 million for the new life sciences building in 2004. That was quickly followed by a gift of $100 million in support of undergraduate financial aid to allow more students to “find what I found…what a difference Brown can make in a young person’s life.”