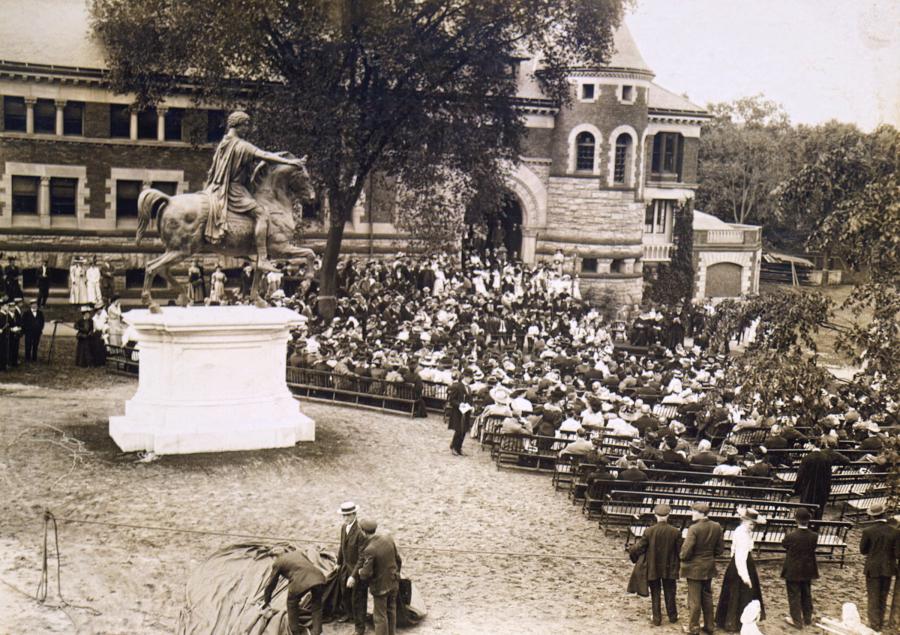 In June 1908, a crowd gathered to watch the unveiling of the equestrian statue of Marcus Aurelius on Lincoln Field behind Sayles Hall. It joined the statue of Caesar Augustus, which had been placed in front of Rhode Island Hall in 1906 (it would be moved to Wriston Quad in 1952). The iconic statues were presented by brothers Moses Brown Ives Goddard and Colonel Robert Hale Ives Goddard.