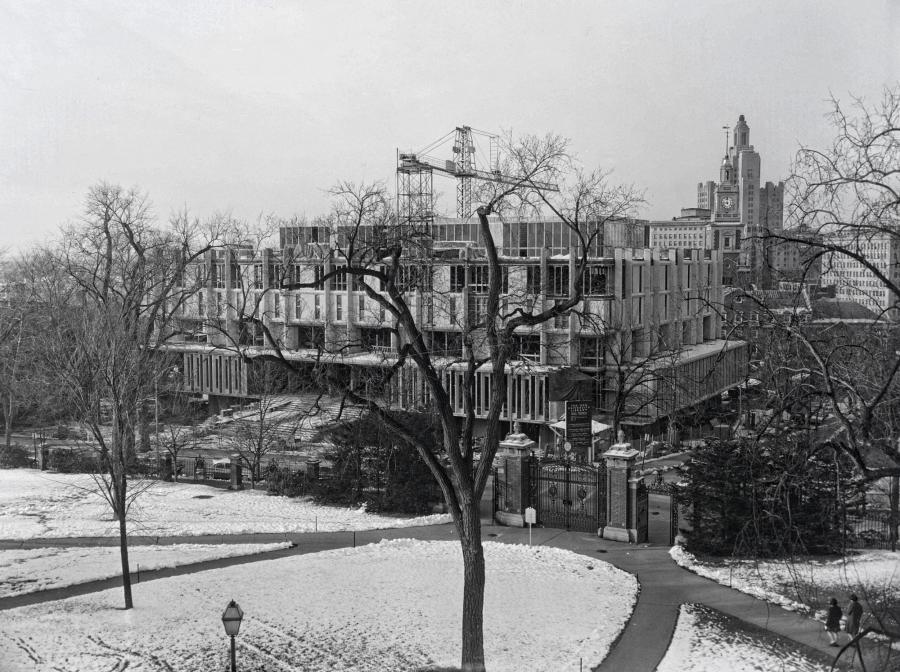 Named in honor of John D. Rockefeller, Jr., Class of 1897, Brown’s new library was built to house collections in the humanities and social sciences. The storage capacity was 1,500,000 volumes, nearly twice the number held at the time. A financier and heir to the Standard Oil fortune who gave to a number of causes, including numerous gifts to his alma mater, Rockefeller spoke fondly of his time at Brown: “Only here on the campus did I enjoy a completely independent personality. With you fellows I was hailed as ‘Johnny Rock,’ just one of a hundred others, but at least one who stood on his own feet...There has been nothing in my life since then quite like this kind of comradeship.”