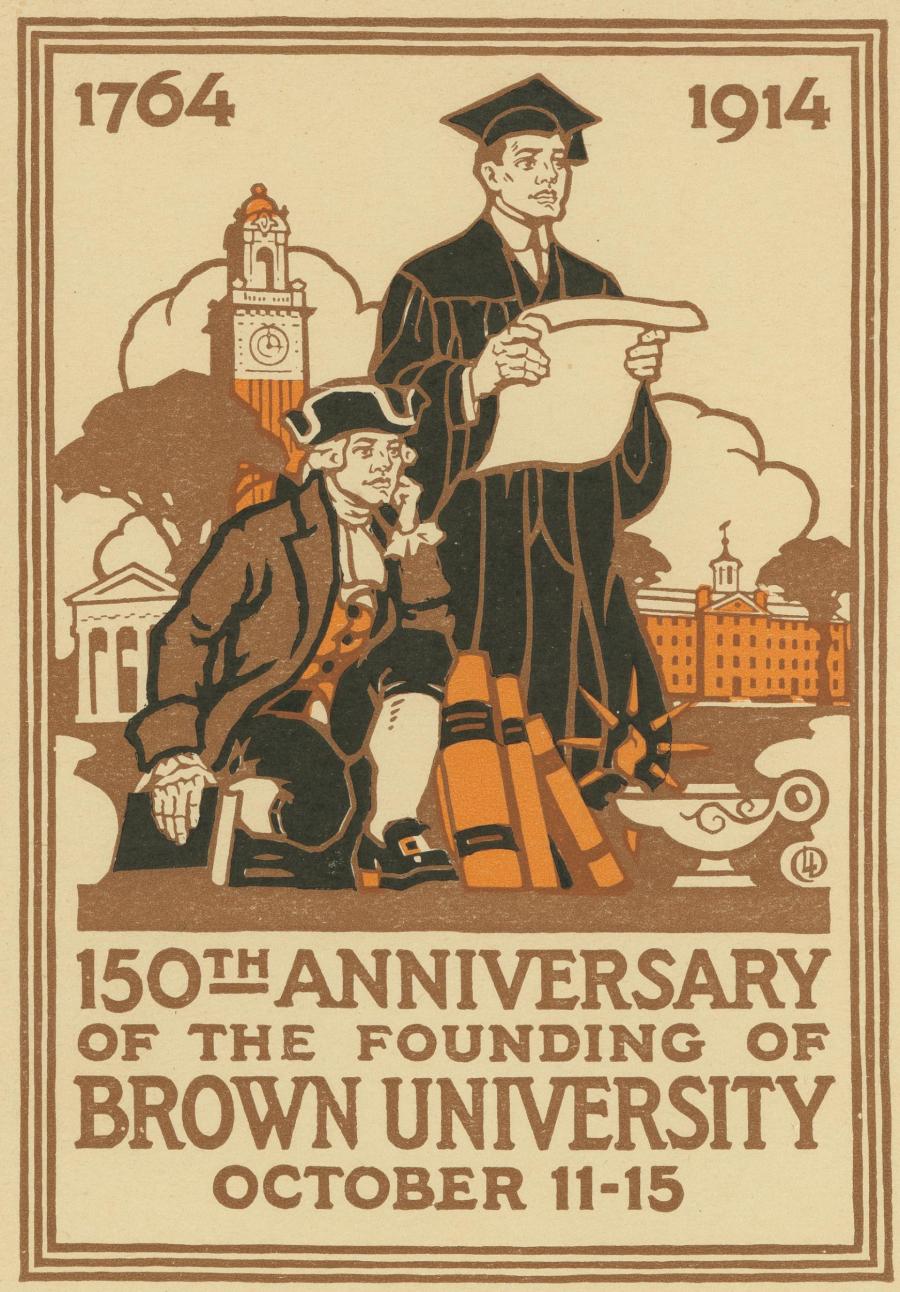 For five days in 1914, the Brown campus was the site of celebration, as the University recognized the 150th Anniversary of its founding. Along with students, faculty, staff and alumni, the community was invited to celebrate as well as local dignitaries and representatives of national and international educational institutions. The crowd was treated to academic, athletic and social functions. Three performances of the “Warren Play” portrayed the founding of the town, University and First Baptist Church, featuring the citizens of Warren, supported by a cast of 900 school children. Speeches and sermons were given on the school’s religious history. A day was devoted to class reunions, capped off by a torchlight parade, with the participants dressed in costumes representing events in the history of the nation and of Brown. The grand finale included, reportedly, “all of Providence” with a children’s pageant, relay races and dinner for four hundred.