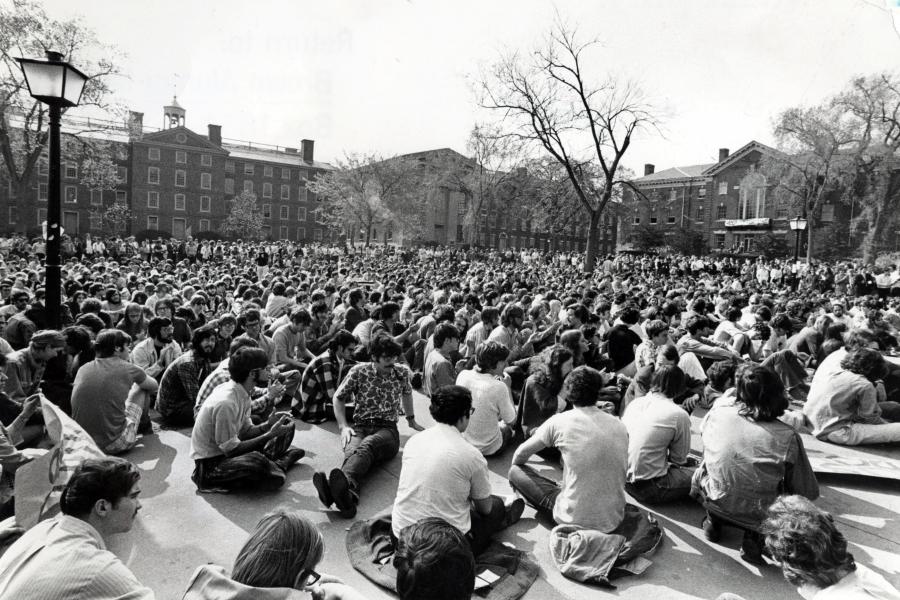 In response to the country’s ongoing involvement in the Vietnam War, students gathered on the College Green to hear speakers and to vote on a strike, which passed with 1,895 in favor and 884 against. While the University remained open, for the remainder of the academic year, students were allowed to attend classes or work in the anti-war movement, or both. Final exams were optional and Campus Dance was cancelled. The introduction of open discussion workshops during the reunion weekend would become an ongoing tradition: Commencement Forums.