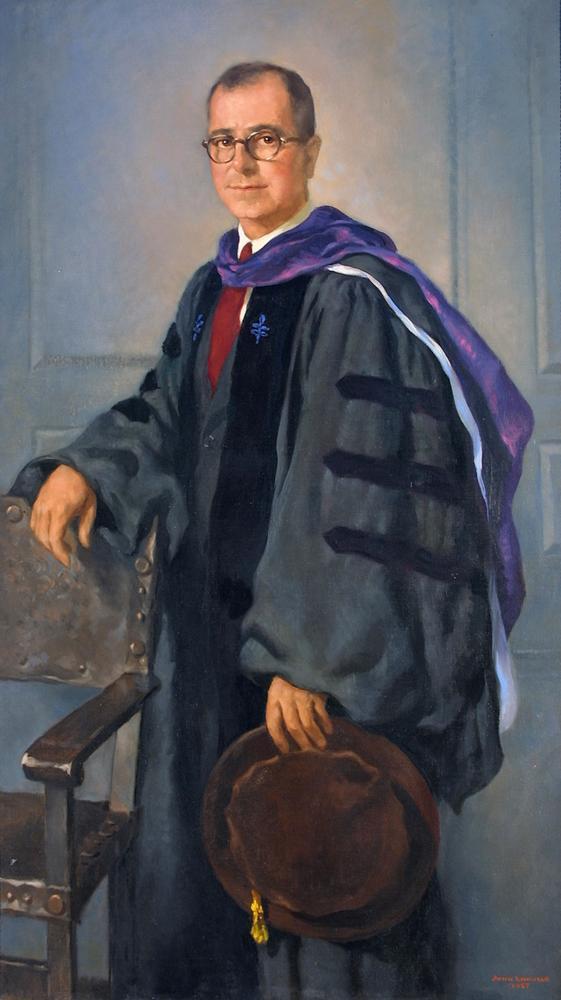 A decorated soldier in World War II, Barnaby Keeney came to Brown as an Assistant Professor of Medieval History in 1946. Advancing rapidly, he was chosen as president just nine years later. His tenure was marked by rapid growth in graduate student enrollment and by great physical expansion, with nine buildings completed and several more major projects well into the planning stages at the time of his departure.