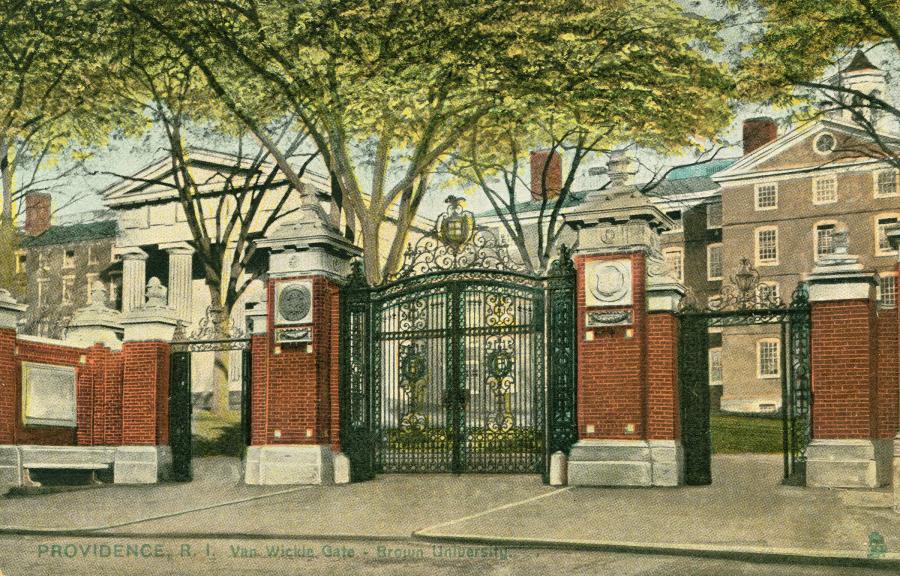 Built with a bequest from Augustus Stout Van Wickle, Class of 1876, the Van Wickle Gates serve as the ceremonial entry to - and exit from - campus. The center gates remain closed except for two occasions. They are opened inward to admit new students at the Opening Convocation, the ceremonial beginning of the academic year, and outward at Commencement to allow graduates to pass through.