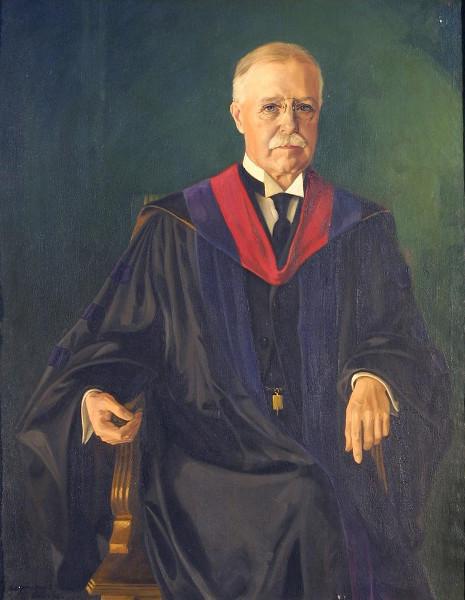 President Faunce, Class of 1880, served for 30 years, longer than any president before or since. Even accounting for the length of his term, his accomplishments were many. The physical growth of the campus included a new President’s House, the Van Wickle Gates, Rockefeller Hall (later Faunce House, and today, the Stephen Robert '62 Campus Center), the John Carter Brown and Hay Libraries and Metcalf Laboratory, to name only a few. Faunce also bought up extensive tracts of land to allow for future expansion. Meanwhile, he increased the endowment from $1.1 to $9.9 million. In the midst of all this activity, he spoke of his progressive goals and commitment to intellectual freedom: “Hence I have welcomed at Brown University men of every faith and every creed and ever shall. Many times I have heard men say from platforms at Brown things, which I could never believe, and I have bid them go on. In the State founded by Roger Williams, the University will always stand for giving a platform to every man of whatever faith or creed who speaks with the proper courtesy and consideration for his fellow man.”