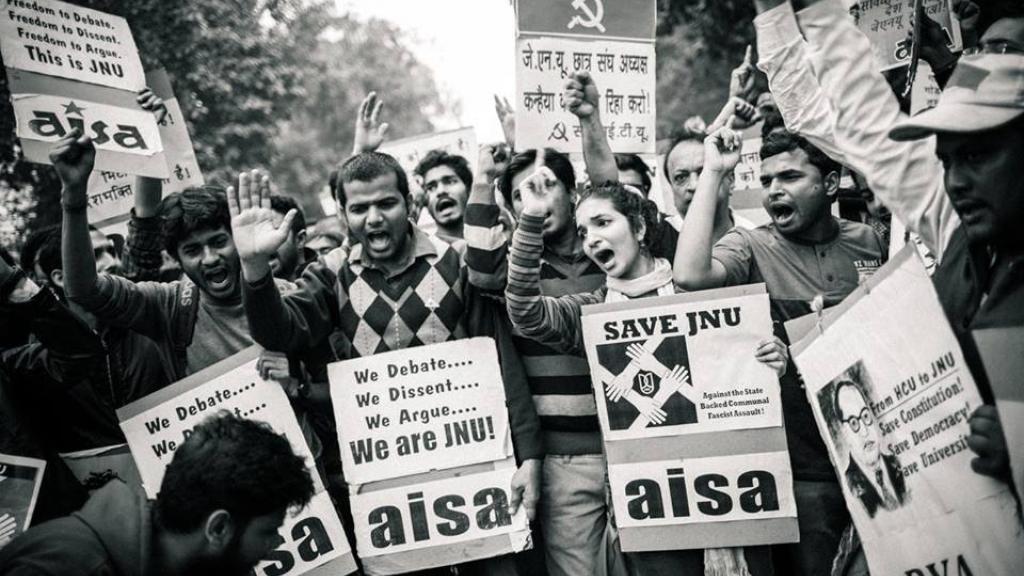 UNIVERSITY AND DISSENT
Universities Under Siege

On February 9th 2016, the Delhi Police stormed Jawaharlal Nehru University (JNU), one of India's most prestigious universities, on the pretext of “anti national” slogans being raised by students during a Kashmir-related event on campus. The elected president of the student union, Kanhaiya Kumar, was arrested on charges of sedition, sparking one of the most polarising and explosive debates in recent times on dissent and the university, nationalism, democracy, and state violence in India. This raises critical questions for us as members of a university but also as citizens. What do these events mean for the university as a space for critical thought and political action? What are the boundaries between freedom of expression, dissent and hate speech? In the charged context of the politics of hate, how does nationalism come to be defined from positions of dominance and marginality? When is the intervention of the state through direct and indirect forms of violence justified? How does this political moment resonate with struggles in South Africa, Turkey, Chile and right here in the United States, particularly with #BlackLivesMatter?