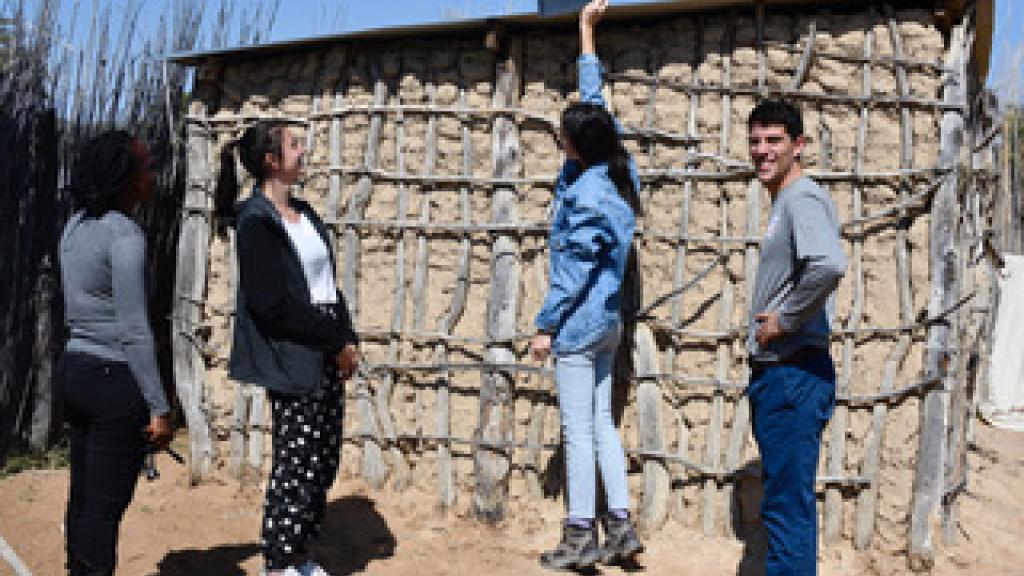 This past June, four Brown University students packed their bags and boarded an international flight. Their destination: Kavango, Namibia.

This opportunity was made possible by Professors Barrett Hazeltine and Vibha Pinglé, who co-taught an engineering course this past spring on ‘Appropriate Technology'. Three students enrolled in the class, Mikaela Belsky ‘20, Karina Fonstad ‘20, and Alex Hill ‘19, and Bridget Duru ‘19 (who had taken Vibha Pinglé's Watson Institute seminar on 'Gender, Justice, and Markets' the previous year) developed technological devices that aimed to ease the day-to-day challenges of women living in rural Namibia. Then came the once-in-a-lifetime opportunity to test their devices. During their two-week stay in Kavango, the students adapted their devices to on-the-ground realities, making modifications as necessary. Ultimately, their devices succeeded in facilitating the social and economic activities of some sixty women and their families.

Duru ‘19 called attention to the fact that most women entrepreneurs in the Kavango region, especially those who sold their products via the social enterprise Ubuntu at Work, did not own mobile phones. Every time these women received an order for their products, they had to communicate in person with an intermediary from a nearby city. For Duru, this was an inefficient process. With mobile phones, these women could communicate directly with Ubuntu without the need for a middleman. Ubuntu at Work purchased dozens of mobile phones and distributed them to women entrepreneurs throughout Kavango. During the spring, Bridget helped create an SMS platform that could send out mass messages to villages informing women entrepreneurs about orders, payments, and the like, and she successfully implemented this platform during her stay in Namibia.

Belsky ‘20, Fonstad ‘20, and Hill ‘19 teamed up to conceptualize a project that made use of a promising technology: solar energy. They saw that Duru was launching an SMS program that brought cellphones to women in Kavango and concluded that these women would benefit from a device that would allow them to charge their phones at minimal cost. Throughout the spring semester, the three students developed small solar panels that charged mobile phones and powered other USB gadgets, such as light bulbs and heart rate monitors. Upon their arrival in Kavango, they tested out their devices in collaboration with local women and presented these devices at both middle schools and high schools in the region.

“My time in Namibia was so rewarding,” reflects Belsky. “Connecting with the people within a country never fails to be much more enriching than just traveling around to the landmarks -- especially for an engineering project like ours, the opinion of the people matters most!”

The short time they spent in Namibia has inspired the students to continue innovating for a better world. This fall, Fonstad and Belsky are pursuing an independent study course where, using the experience they gained during their stay in Kavango, they are continuing to develop appropriate technologies that could be implemented in the region. They are brainstorming a wealth of ideas, including a solar-powered electric cookstove and a device to facilitate carrying water over long distances. Their visit to Namibia this past June may only be the first of many to come.