Brown is recognized as a model of comprehensive internationalization on campus 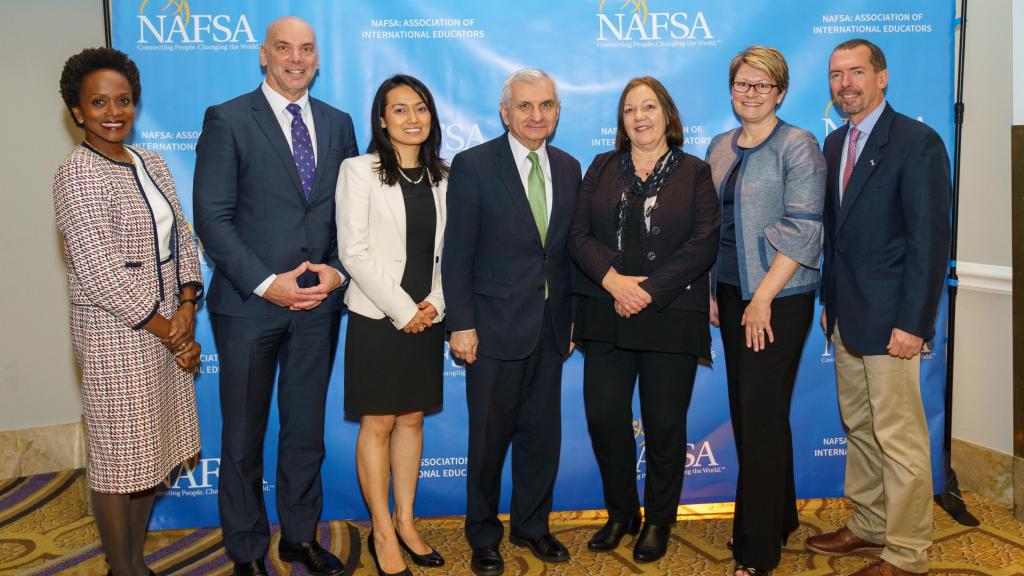 Brown University is a recipient of NAFSA’s 2019 Senator Paul Simon Award for Campus Internationalization, which recognizes higher education institutions that demonstrate innovation and excellence in their globally focused programs and initiatives.

On November 19, 2019, the institutions selected for the Simon Award were honored at a NAFSA event in Washington, D.C. Representing Brown, Elke Breker, Kendall Brostuen, Shaira Kochubaeva, and Christine Sprovieri, travelled to attend the event. They were joined by Senator Jack Reed of Rhode Island, who came to offer his congratulations.

The event began with a presidential panel discussion moderated by NAFSA’s executive director and CEO, Esther Brimmer, in which the presidents of five Simon Award-winning institutions shared their insights on campus internalization. The panel featured President of Miami University Gregory P. Crawford, who previously served as the dean of engineering at Brown, and President of West Virginia University E. Gordon Gee, who previously served as Brown’s president. During the panel discussion, Crawford emphasized the positive impact of cross-cultural understanding and collaboration on peace and security at the global level.

The discussion was followed by an awards reception, where Shaira Kochubaeva accepted the Simon Award on behalf of Brown. The reception also featured remarks from U.S. Department of State representative Marie Royce.