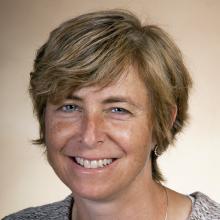 Dr. Friedman’s research addresses how parasitic diseases, particularly helminth infections, cause morbidity among pregnant women and children. Her work has quantified the impact of schistosomiasis on pediatric undernutrition, anemia and cognitive impairment, including mechanisms mediating morbidity and optimal interventions to mitigate morbidity. Recent work has addressed the impact of treatment for parasitic diseases during human pregnancy and addressing barriers to uptake.

"Making Machines That Can Behave in the Real World"

Michael Littman studies machine learning and decision-making under uncertainty. He has earned multiple awards for teaching and his research has been recognized with three best-paper awards and two influential paper awards for his work on reinforcement learning, probabilistic planning and automated crossword-puzzle solving. Littman has served on the editorial boards for the Journal of Machine Learning Research and the Journal of Artificial Intelligence Research. He was general chair of International Conference on Machine Learning 2013 and program chair of the Association for the Advancement of Artificial Intelligence (AAAI) Conference 2013. He is co-director of Brown's Humanity Centered Robotics Initiative and a fellow of the Association for the Advancement of Artificial Intelligence and the Association for Computing Machinery. Littman enjoys performing with his family and is one of two Brown professors who appeared in a national ad campaign in 2016. 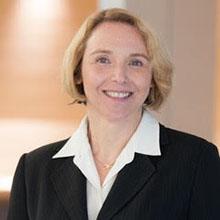 "Urgency in the Anthropocene"

Amanda Lynch obtained her Ph.D. in Atmospheric Sciences from the University of Melbourne in 1993, with a focus on polar climate modeling. Her current research comprises three streams – on the interactions between extreme climatic events and environmental governance; on Arctic climate variability and sea ice; and the role of Indigenous knowledges in adaptation to global change. She developed the first Arctic regional climate system model in 1993. She is a Fellow of the American Meteorological Society, the Australian Academy of Technological Sciences and Engineering, the Norwegian Scientific Academy for Polar Research, and the World Academy of Art and Science. At the United Nations World Meteorological Organization, she is a member of the Management Team for the Commission on Atmospheric Sciences and Co-Chair of the World Climate Research Programme Joint Science Committee. Her upcoming book with The MIT Press is co-authored with human geographer Siri Veland and is entitled Urgency in the Anthropocene (2018). Her favorite temperature is -20oC. 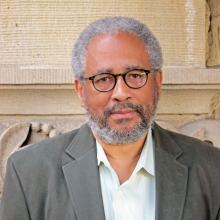 “Black Critique: Toward An Alternative Genealogy of Critical Thought”

Anthony Bogues is a writer, scholar and curator and the inaugural director of the Center for the Study of Slavery and Justice. He is the Asa Messer Professor of Humanities and Critical Theory. He is the author of “Caliban’s Freedom: The Early Political Thought of C.L.R. James”; “Black Heretics and Black Prophets: Radical Political Intellectuals”; “Empire of Liberty: Power, Freedom and Desire” and editor of the following: “From Revolution in the Tropics to Imagined Landscapes: the Art of Edouard Duval- Carrié”; “Metamorphosis: The Art of Edouard Duval-Carrié”; “After Man, Towards the Human: Critical Essays on Sylvia Wynter” and “The George Lamming Reader: The Aesthetics of Decolonization.” He recently co-edited a special issue of the Italian journal Filosofia Politica on Black political thought. A former distinguished visiting professor at University of Cape Town, he is now a member of the scientific committee of Le Centre d’Art in Haiti. 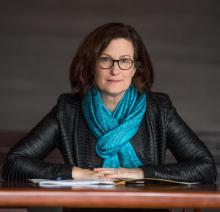 "What Literature Can Teach Politics: 'Moby-Dick' as a Critique of Hobbes 'Leviathan'"

Bonnie Honig is Nancy Duke Lewis Professor in the depts. of Modern Culture and Media (MCM) and Political Science at Brown University. She is author of Political Theory and the Displacement of Politics (Cornell, 1993), Democracy and the Foreigner (Princeton, 2001), Emergency Politics: Paradox, Law, Democracy (Princeton, 2009), Antigone, Interrupted. (Cambridge University Press, 2013) and Public Things: Democracy in Disrepair (Fordham University Press, 2017). She has edited or co-edited: Feminist Interpretations of Hannah Arendt (Penn State, 1995), Skepticism, Individuality and Freedom: The Reluctant Liberalism of Richard Flathman (Minnesota, 2002) the Oxford Handbook of Political Thought (Oxford, 2006), and, most recently, Politics, Theory, and Film: Critical Encounters with Lars von Trier (Oxford, 2016). She is currently at work on a new project called Refusal, to be published by Harvard University Press. 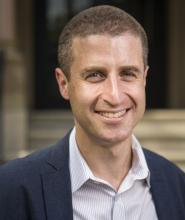 George S. and Nancy B. Parker Professor of Economics

"How to Talk Like a Republican, and Other Lessons From Using Text as Data"

Jesse Shapiro is the George S. and Nancy B. Parker Professor of Economics at Brown University.  Prior to joining Brown University in 2015 he was the Chookaszian Family Professor of Economics at the University of Chicago Booth School of Business.  Shapiro received his BA in economics in 2001 and his PhD in economics in 2005 from Harvard University.  He is a Research Associate at the National Bureau of Economic Research, an editor of the Journal of Political Economy, and a former associate editor of the American Economic Journal: Applied Economics.  He was a 2011-12 Alfred P. Sloan Research Fellow. 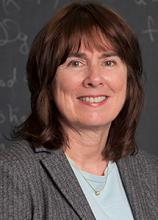 Elisha Benjamin Andrews Professor of Mathematics, Founding Director of the Institute for Computational and Experimental Research in Mathematics (ICERM)

“Cryptography: From Ancient Times to a Post-quantum Age”

Jill Pipher received her Ph.D. from UCLA in 1985, spent five years at the University of Chicago and came to Brown in 1990 as an Associate Professor. Her research interests include harmonic analysis, partial differential equations and cryptography. She has published papers in each of these areas of mathematics, co-authored an undergraduate cryptography textbook, and jointly holds four patents related to the NTRU encryption algorithm. She was a co-founder of Ntru Cryptosystems, Inc, now part of Security Innovation, Inc. She has been awarded an NSF Postdoctoral Fellowship, an NSF Presidential Young Investigator Award, an Alfred P. Sloan Foundation Fellowship, and is an AMS Fellow. She served as President of the Association for Women in Mathematics from 2011-2013, and was a National Women’s History Month 2013 Honoree. In 2015, she was elected to the American Academy of Arts and Sciences.

“Nicholas Brown and the Roman Revolution of 1848”

David Kertzer joined Brown in 1992 as Paul Dupee, Jr., University Professor of Social Science. A Professor of Anthropology and Italian Studies, he was appointed Provost in 2006, serving in that role until 2011. Kertzer founded the Anthropological Demography program linking the anthropology department to the Population Studies and Training Center. He was also founding director of the Politics, Culture, and Identity research program of the Watson Institute for International Studies.

A Brown alumnus (A.B., 1969), Kertzer received a Ph.D. in Anthropology from Brandeis University in 1974. He was William R. Kenan, Jr. Professor at Bowdoin College from 1989 to 1992. He served as president of the Social Science History Association and president of the Society for the Anthropology of Europe. He co-edited the book series New Perspectives on Anthropological and Social Demography for Cambridge University Press. Kertzer twice (1984, 1989) won the Marraro Prize from the Society for Italian Historical Studies for the best book in Italian history. Kertzer co-founded and for a decade co-edited the Journal of Modern Italian Studies. He serves on the board of trustees of the American Academy in Rome. His book The Kidnapping of Edgardo Mortara was a finalist for the National Book Award in 1997. His 2001 book, The Popes Against the Jews, has been published in nine languages. In 2005 he was elected as a member of the American Academy of Arts and Sciences. His latest book, The Pope and Mussolini, was awarded the Pulitzer Prize for Biography in 2015 and the American Historical Association’s prize for best book of Italian history. 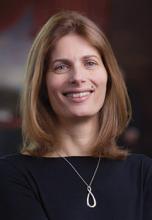 The Harmon Family Professor of Sociology and International Studies

“Making Medicine in the Global Periphery: Pharmaceutical Production in Kenya, Tanzania and Uganda”

Nitsan Chorev earned her Ph.D. at New York University and joined the Brown faculty in 2006, first at the department of sociology and more recently also the Watson Institute for International Studies.

Chorev’s work in global political economy has examined the political foundations of current global economic processes, the political logic of international organizations and, most recently, issues related to access to medicines in poor countries. Chorev is the author of The World Health Organization between North and South (2012), and Remaking U.S. Trade Policy: From Protectionism to Globalization (2007) among other publications. She has been a member at the Institute for Advanced Study at Princeton, a fellow at the Woodrow Wilson International Center for Scholars, and a fellow at the UCLA International Institute. 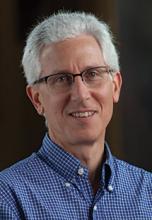 The Sidney A. Fox and Dorothea Doctors Fox Professor of Ophthalmology and Visual Sciences

David Berson has been at Brown for nearly his entire academic career, beginning with an undergraduate degree in Psychology. After earning a PhD in neuroanatomy from MIT in 1980, he returned to Brown for postdoctoral training in electrophysiology with Dr. James McIlwain. After a short stint at a research institute in Boston, he joined the Brown faculty in 1985, where he is now Professor in the Department of Neuroscience.

Berson’s research concerns the structure and function of the retina and its connections with the visual centers of the brain. His work has mapped and analyzed the multiple parallel channels of visual information linking retina to brain. He played a central role in the discovery in 2002 of a new class of retinal photoreceptors. Like rods and cones, these cells absorb light and convert it into neural signals, but they differ radically from rods and cones in design and functional role. They regulate biological rhythms, the pupil of the eye, mood and sleep as well as many other reflexive or unconscious physiological responses to light. Berson is a Fellow of the American Association for the Advancement of Science and is this year’s recipient of the Friedenwald Award from the Association for Research in Vision and Ophthalmology, in recognition of ‘outstanding research in the basic or clinical sciences as applied to ophthalmology.’ 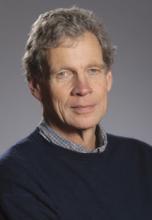 “The Ethics of Reading”

Charles Larmore has written widely about a number of different areas of philosophy, ranging from topics in moral and political theory to the nature of the self and the nature of reason. He is the author of ten books and more than one hundred articles in three different languages. His most recent book in English, The Autonomy of Morality, challenges some of the key ideas that have shaped the modern mind. The world, he argues, is not a realm of value-neutral fact, for our reason consists in being responsive to reasons for thought and action that arise from the world itself. His book, Les Pratiquesdu moi, received the “Grand Prix de Philosophie” from the Académie Française and recently appeared in English translation as The Practices of the Self. His latest book, Vernunft und Subjektivität, based on lectures he gave in Frankfurt, focuses on the intimate connection between reason and subjectivity. His wife Amey is a novelist, writing under the name of Laura Moore, and they have two children. A member of the American Academy of Arts and Sciences, Charles Larmore is the W. Duncan MacMillan Family Professor of the Humanities. 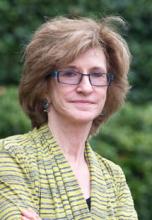 “What Can We Do to Bring the Ship Nearer to its Longing?”

C.D. Wright authored more than a dozen books, including One With Others [a little book of her days], which won the National Book Critics Circle Award and the Lenore Marshall Prize and was a finalist for the National Book Award. Intended as a tribute to an original, unsubduable friend, it also revolves around a particular series of events in the Arkansas Delta in 1969. A limited edition of her long poem Breathtaken with linocuts by Walter Feldman was published by Ziggurat in 2012. Her book Rising, Falling, Hovering won the 2009 International Griffin Poetry Prize. This work was situated along faultlines within the family, the beginning of the second Iraq War, illegal border crossings; Mexico’s magnetism despite enormous internal pressures and the response on the streets there to the US bombing of Bagdhad. With photographer Deborah Luster she published One Big Self: Prisoners of Louisiana, which won the Lange-Taylor Prize from the Center for Documentary Studies at Duke University. On a fellowship for writers from the Wallace Foundation she curated a “Walk-in Book of Arkansas,” a multi-media exhibition that toured throughout her native state. In 2004 she was named a MacArthur Fellow. Wright, the Israel J. Kapstein Professor of English and a professor of literary arts who had taught and written at Brown since 1983, died unexpectedly on January 12, 2016.