Alumni from our undergraduate and graduate programs go onto careers around the globe and in specialties such as museum administration and archeological research. Below are spotlights on two of our graduates. Please send us your updates so we can spotlight your research, careers, and other ventures! For more information on HIAA alumni please see the HIAA alumni list or Brown's post-graduate data pages.

Dominik Halás, History of Art & Architecture concentrator, is one of the youngest team members trusted by vintage, designer clothing reseller, the RealReal. for the New York Times writes, "Mr. Halás started buying and reselling secondhand clothes online as a teenager. “If I had $100 to invest, I would buy something on Japanese eBay and sell it on the U.S. site for $300,” he said. After graduating from Brown University, where he studied art history and architecture, he worked at showrooms including Goods and Services in New York, and then consulted for Helmut Lang before joining the RealReal." Read more of Halás' feature. 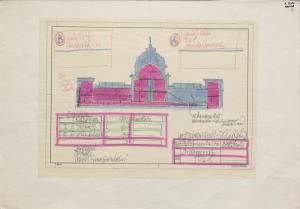 Ella Comberg has published two articles: one in the Brown Alumni Magazine, and one in Hidden City Philadelphia. Her piece about Jordan Carter ’12, “Curating the Ephemeral,” appears in the January 24, 2022 edition of the Brown Alumni Magazine. She explores the challenges he faces as a curator who showcases Fluxus and conceptual art — works that resist traditional means of exhibition and display in museums and galleries. In “Documenta ‘76: How an Avant-Garde Art Sensation Almost Happened in Philadelphia,” for Hidden City Philadelphia, Comberg writes about the plans to bring the 1976 Documenta exhibition to Philadelphia, none of which came to fruition. Read more in the News section. 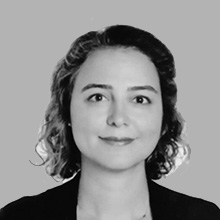 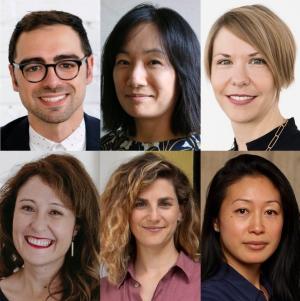 Alexis Lowry, Curator at the Dia Art Foundation in New York, will participate in the Center for Curatorial Leadership’s 2022 Fellowship. Prior to joining the Dia Art Foundation, where she is responsible for exhibitions, commissions, and public programs, she was a curator at the University’s David Winton Bell Gallery. Now, Lowry joins a cohort of curators that will travel to New York City in January, and again in May, for in-person intensives. In addition to coursework led by Columbia Business School, Fellows will meet leaders in the field, and develop both individual and collaborative projects. The 2022 cohort is the first group to participate in in-person programming in two years. The fellowship is one of Lowry’s several recent achievements; she has contributed to publications for Art Monthly and the Whitney Museum of American Art, and in 2021, was the first-invited curator-in-residence at the Bauhaus Foundation in Dessau, Germany. 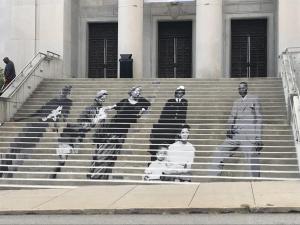 Divya Rao Heffley, the Associate Director for the Office of Public Art, works with artists and communities on residencies and commissions that address a range of contemporary issues, that seek to foster social justice and cultural equity in public spaces.  She presented a Roundtable conversation about how the Office of Public Art in Pittsburgh engages the creative practices of artists to collaboratively shape the public realm and catalyze community-led change, particularly those who have been historically marginalized and underrepresented in civic processes.

Mariah Proctor-Tiffany, Associate Professor of Art History at California State University, Long Beach, has published her new book, Medieval Art in Motion: The Inventory and Gift Giving of Queen Clémence de Hongrie  (Penn State University Press, 2019).  Moving Women Moving Objects 400-1500 (Brill, 2019), co-edited with Tracy Chapman Hamilton. Professor Rihouet was interviewed in April 2019 at the École des Haute Études en Sciences Sociales, where she taught a seminar during the 2019-2020 academic year. In the video interview, at the Villa Medici, Professor Rihouet discusses her Brown/EHESS degree and her research on Roman prints. Her co-edited  volume, Eternal Ephemera: The Papal Possesso and its Legacies in Early Modern Rome (Centre for Renaissance and Reformation Studies, University of Toronto Press, 2020) came out in July 2020. 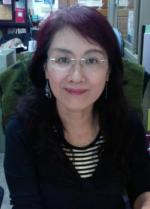 Hui-Hung Chen is currently a full professor in the Department of History at National Taiwan University, Taipei, Taiwan. She received her Ph.D. from the Department of History of Art and Architecture, Brown University, U.S., in 2004. She was awarded a Visiting Scholar of the Harvard Yenching Institute, U.S., in 2013-2014. Hui-Hung began her study of Early Modern European art and history at Brown University, focusing on Christian and Renaissance arts, the Jesuits and Counter Reformation, as well as cross-cultural encounters between Europe and China. Her research focuses on the Jesuits and relevant topics, and further explores the issues about European cultural and artistic encounters with non-Europeans, and Christianity in China from the 17th to 19th centuries. Her article entitled “The Human Body as a Universe: Understanding Heaven by Visualization and Sensibility in Jesuit Cartography in China,” published in The Catholic Historical Review 93 (3): 517-52 (July 2007), was awarded The Peter Guilday Prize by the American Catholic Historical Association, U.S.A. in 2008. This research was revised from a chapter of her Ph.D. dissertation. 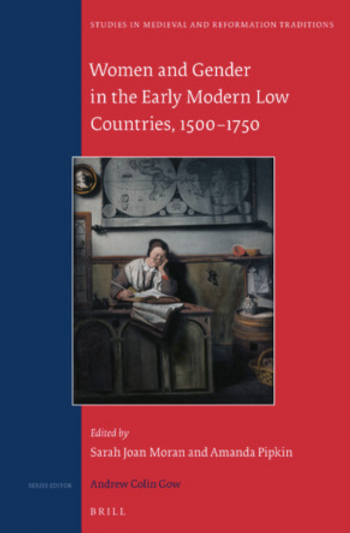 Sarah Moran recently edited the book, Women and Gender in the Early Modern Low Countries, 1500-1750 (Brill, 2019) which brings together research on women and gender across the Low Countries, a culturally contiguous region that was split by the Eighty Years' War into the Protestant Dutch Republic in the North and the Spanish-controlled, Catholic Hapsburg Netherlands in the South. Sarah is Associate Professor of Early Modern Art History at the University of Utrecht.