Below, please find the links for the Virtual Contemplative Mentors in...

Please visit this new addition to our website (listed on both the button on the...

END_OF_DOCUMENT_TOKEN_TO_BE_REPLACED 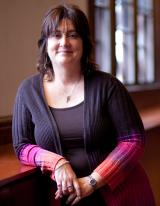 Rose McDermott is the David and Mariana Fisher University Professor of International Relations at Brown University and a Fellow in the American Academy of Arts and Sciences.   She works in the areas of political psychology.  She received her Ph.D.(Political Science) and M.A. (Experimental Social Psychology) from Stanford University and has also taught at Cornell and UCSB.  She works on a wide variety of topics including  gender, experimentation, national security intelligence, social identity, cybersecurity, emotion and decision-making, and the biological and genetic bases of political behavior. At Brown, she teaches introduction to International Relations, American Foreign Policy, War and Politics and seminars in political psychology,  war in film and literature and women and nations.  She has been practicing meditation for over 30 years and participated in the Mind Fitness training program with the US Marine Corps.