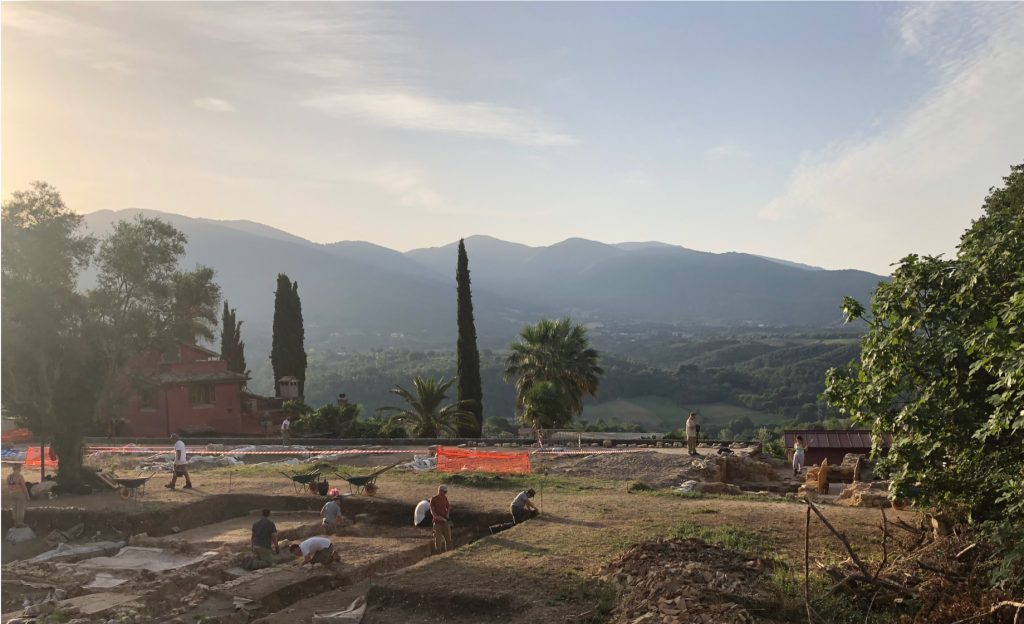 The Upper Sabina Tiberina Project, in operation since 2011, seeks to understand the long-term development of rural settlement and economy in the Sabine region of Italy. The project focuses largely on the excavation of a mid-Republican to mid-imperial multi-phase villa located in the town of Vacone. The villa has an elaborately decorated residential area and large agricultural production area with one of the largest olive oil production facilities known to date from central Italy. There is evidence for sporadic occupation of the site following the abandonment and collapse of the villa, along with numerous burials dating to the Lombard period.