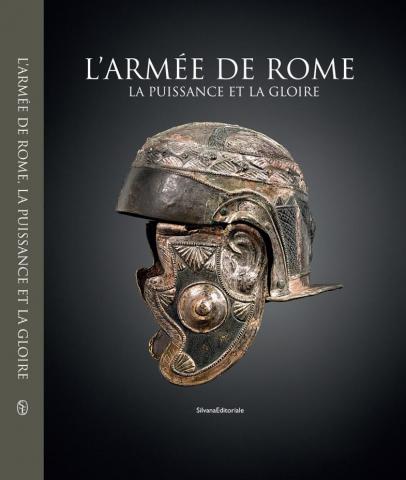 The Joukowsky Institute would like to congratulate Visiting Assistant Professor Katia Schörle on the publication of her latest edited volume, L’armée de Rome : la puissance et la gloire, produced in association with an exhibit in Arles made possible by the loan of 250 artworks and arteficts from Arles, the Louvre, and several major international museums. This book explores the diversity of the Roman army, through objects that express the skills and craftsmanship of army-related objects, as well as the multi-cultural nature of the military community, which was not made up of exclusively of male soldiers, but was inclusive of all peoples within and outside of the imperial frontiers; with freedmen and slaves; veterans, women, children, artisans, and traders. It includes a much broader reflection on the infantry, the cavalry, and the all-to-often forgotten navy, despite the fact that the fleets were the spearhead of overseas conquest, the suppressers of piracy.