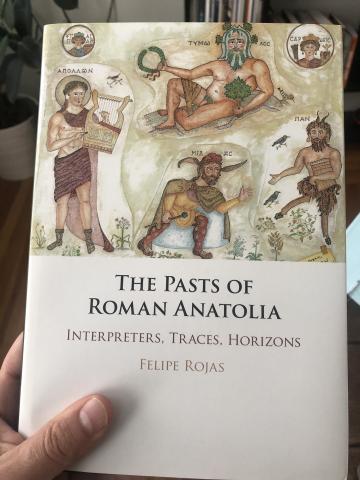 Congratulations to the Joukowsky Institute's Felipe Rojas, Associate Professor of Archaeology and Assyriology, on the release of his new book, The Pasts of Roman Anatolia: Interpreters, Traces, Horizons. In this volume, Rojas examines how the inhabitants of Roman Anatolia interacted with the physical traces of earlier civilizations in their midst. Combining material and textual evidence, he shows that interest in and knowledge about pre-classical remains was deep and widespread. Indeed, ancient interaction with the remnants of even more ancient pasts was a vital part of life for many and diverse people in Roman Anatolia. Such interaction ranged from the purported translation of Bronze and Iron Age inscriptions to the physical manipulation of monuments and objects, including prehistoric earthen mounds and archaic statues. Occasionally, it even involved the production of fake antiquities. Offering new insights into both the archaeology and history of the Roman Mediterranean, Rojas's book is also an innovative contribution to the archaeology and anthropology of memory.

The book is available from Cambridge University Press.