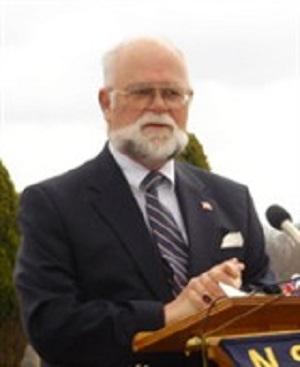 Professor R. Ross Holloway, of Carrboro, NC, passed away this summer on June 30, 2022. Born in Newton, MA, on August 15, 1934, he was educated at the Roxbury Latin School and Amherst College, where he graduated summa cum laude (1956). He went to the University of Pennsylvania for a Master’s degree that allowed him to focus on Archaeology (1957), from where he transferred to Princeton for a Ph.D. in History of Art (1960). Following a two-year stay at the American Academy in Rome with a prestigious Rome Prize and after a one-year teaching appointment in Chapel Hill (UNC), Professor Holloway joined Brown University’s Classics Department in 1964, where he was to stay until being awarded emeritus status in 2006.

In the course of these years at Brown, he was tenured in 1967, promoted to full professor in 1970 and appointed as Elisah Benjamin Andrews Professor in 1990. He received honorary degrees from Amherst College (Massachusetts) and the University of Louvain (Belgium). He was awarded the Gold Medal by the Archaeological Institute of America (1995) and elected as a member or fellow of a range of international societies, including the German Archaeological Institute, the Istituto Nazionale di Studi Etruschi ed Italici, and the Royal Numismatic Society (London).

Professor Holloway was first and foremost an archaeologist of the ancient Mediterranean, in particular ancient Italy, where he conducted long-term fieldwork, and about which he wrote influential syntheses (The Archaeology of Ancient Sicily [1991] and The Archaeology of Early Rome and Latium [1995]). He was also an accomplished numismatist, however, and always found the time and opportunity to research and publish ancient coins. Over his career, he directed four major excavations in South Italy and Sicily at Satrianum, Buccino, La Muculufa, and on the little island of Ustica, all four of which he promptly published in major monographs. He promoted the publication of such substantial fieldwork reports through the series Archaeologia Transatlantica that he co-edited with Professor Tony Hackens (Louvain, Belgium). It counts 22 published volumes. Fieldwork stood center stage in Professor Holloway’s research and teaching and many Mediterranean and Near Eastern archaeologists were trained at the Center on his and his colleagues’ watch.

At Brown, Professor Holloway played a crucial role in giving the discipline of Archaeology its place on campus, both literally and intellectually. He co-founded, with Professor Rolf Winkes, the Center for Classical Archaeology and Art in 1978 in order to create academic space and promote the study of Archaeology independent of the departments of Classics and History of Art. They pointed to the academic autonomy of the discipline of Archaeology in Europe and noted that they themselves had been appointed in a department other than that of their degree (Holloway with his Art History degree in Classics and Winkes with a degree in Classical Archaeology in History of Art). In 1984, they were joined by Professor Martha Sharp Joukowsky, a prehistorian of the ancient Near East, which was cause to rename the Center as devoted to the study of Old World Archaeology and Art. Professor Holloway directed the Center in 1978-87 and again in 1994-2000, and during these years he not only managed to find housing for the Center’s faculty and graduate students in a dedicated building at 70 Waterman St, but he was also was highly successful in securing endowments that enabled both a steady stream of visiting scholars and an active fieldwork program. The Center was further expanded, in 2006, with the creation of the Joukowsky Institute for Archaeology and the Ancient World, where Professor Holloway’s vision, memory and legacy are maintained and contribute to the training of future generations of archaeologists.