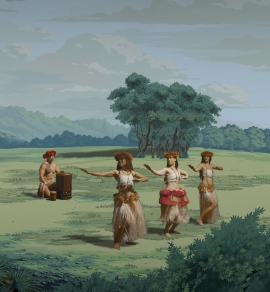 Lisa Reihana’s immersive installation in Pursuit of Venus [infected] (2015-17) transforms the Bell into a lush land and soundscape, one that reimagines 18th century European exploration of the Pacific as a cycle of colonial reinfection and Indigenous recuperation rather than singular moments of contact. Emerging from her encounter with the 19th century French wallpaper Les Sauvages de la Mer Pacifique (The Native Peoples of the Pacific Ocean), 1804-5 by Joseph Dufour et Cie, Reihana has transformed these utopian depictions of Captain James Cook’s voyages into surreal vignettes of curiosity, caution, desire, and predation. By unfixing the Indigenous peoples of the original wallpaper from Eurocentric neoclassical fantasy, Reihana–who is Māori–allows for Indigenous agency both within the film and through her practice of “agreed representation” with actors and performers.

Visibility and its refusal are central to this project. The scrolling panorama of an imagined Tahitian landscape acts as an arena where gazes cross, meet, are evaded and recorded. in Pursuit of Venus [infected] challenges historic visual records, their narratives embellished and redacted, enshrined in the decorative wallpaper and scientific journals of the Enlightenment. Projected across the Bell’s seventy-foot wall, this thirty minute film is on continual loop; beginning, middle, and end elusive within a wash of color and sound. 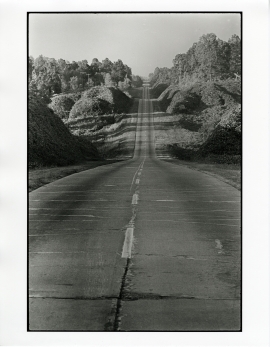 Reflecting the myriad questions Lisa Reihana’s in Pursuit of Venus [infected] installation raises in the adjacent Bell gallery, this small presentation of collection work examines the ways in which American artists have depicted rural landscapes through the framing device of the highway. From the ribbon of pavement that undulates into the distance in Danny Lyons’s The Road to Yazoo City (1963) to Allan D'Arcangelo’s colorful Pop Art amalgams, these artists lean into, and often critique, the mythology that has accrued around “the open road.”

Removed from the context of their portfolios and projects–John Pfahl’s manufactured landscapes, Lucas Foglia’s study of homesteaders in the Southwest–individual and paired works create new meaning through this grouping. Space, time, access, ownership, and “Manifest Destiny” all churn in relation to Reihana’s focus on the colonial gaze. The car as a site of surveillance is amplified in two works by Garry Winogrand, both of which appear to have been shot from the driver’s seat. With the Bell’s collection strength in photography, this show gathers some of the medium’s most celebrated names, offering nuances in approach and execution. Featuring works by Allan D'Arcangelo, Lucas Foglia, Danny Lyon, John Pfahl, and Garry Winogrand.

Friends, collaborators, and intergenerational activists whose practices both enrich and reflect one another in this exhibition, Harry Gould Harvey IV and Faith Wilding have emerged from the pandemic in a state of mutual reverence. Hinged by their shared devotion to William Blake (1757-1827), a gravitational force that has been overt throughout both careers, Wilding and Harvey embrace the apocalyptic language and imagery of the Romantic writer and artist, whose illustrated poem Milton (1804-1811) titles the show.

Barbara Bosworth consistently documents the variety of ways humans move through and around the natural world. Using a large-format 8x10 camera, she captures moments that range from fleeting to enduring, encounters with people banding migratory birds to scenic views from the New England Trail. On view in the List Lobby are four works from her “Champion Trees” series, black-and-white prints in triptych and diptych form that mark the largest examples of native tree specimens in the United States according to the National Register of Champion Trees (a list created and updated by the conservation organization American Forests, founded in 1875). This grouping of four works from the series—American Elm, Kansas, 1990 (1990); Longbeak Eucalyptus, Arizona, 2001 (2001); Singleleaf Ash, Colorado, 2001 (2001); and Sugarberry, South Carolina, 1994 (1994)—is presented adjacent to the Bell exhibition Arrows of Desire: Harry Gould Harvey IV and Faith Wilding, artists whose practices are similarly devoted to the natural world with a love of native trees and plants. 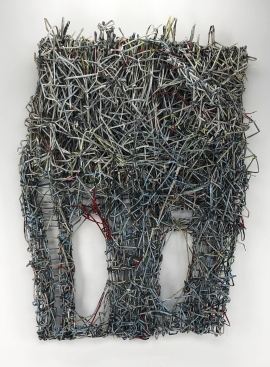 Savannah Knoop’s practice consistently centers itself within questions of intimacy. Whether through performance—where they draw on both art historical models and their decades-long training in jiu jitsu—or the sculptural work on view in this exhibition, Knoop deploys improvisation and proximity as strategies in the making and activation of their work. 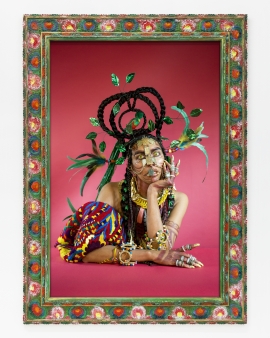 Spectrums: Gender in the Bell Collection

Dating from the beginning of the twentieth century through the present day, Spectrums: Gender in the Bell Collection contains myriad interpretations of gender that are not “concretised” or reified, but rather embodied and performed in unexpected ways. Veering into the ghostly, the uncanny, and the defiant, the images in this exhibition reveal variance and creativity in the presentation of gender throughout the decades. Featuring works by Berenice Abbott, Aubrey Beardsley, Harry Callahan, Martine Gutierrez, Graciela Iturbide, Deana Lawson, Danny Lyon, Helmut Newton, Andy Warhol, and John Willis. 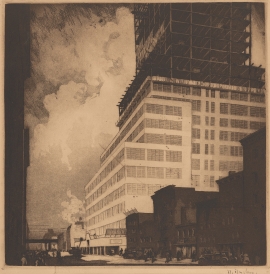 Raymond Hood and the American Skyscraper 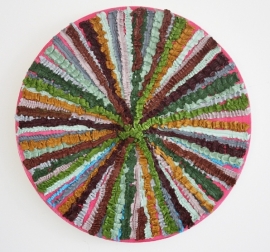 Wendy Edwards’ paintings combine luscious colors and exuberant gestures in compositions that respond to the artist’s life and vary from landscapes and still lifes to pure abstraction. This forty-year retrospective includes works created since 1980, when Edwards joined Brown’s faculty. 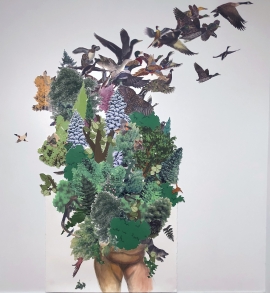 María Berrio, Zoë Charlton, and Joiri Minaya create multimedia collages that depict bodies enveloped by nature, often juxtaposing the garden and the wild. Fertile Ground brings their aesthetically and conceptually layered works together to explore the relationship between body and land and challenge romantic tropes with powerful personal, cultural, and political narratives. While each artist has a different reason for choosing her imagery, all engage with issues of race, class, power, ownership, and freedom. 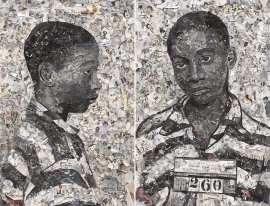 The third in a series of installations highlighting recent additions to the photography collection, Facing the Camera surveys the uses of contemporary portraiture, both personal and political, in the works of Christopher Churchill, Kyle Meyer, Vik Muniz, Lucas Samaras, Mickalene Thomas, S.B. Walker, Jay Wolke. 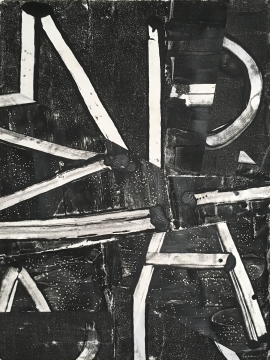 In the artist’s words, Toby Sisson’s artworks explore “the breadth of metaphoric meaning that can be derived from non-objective abstraction, especially psychological and social content.” Concerned with issues of race, reflecting her biracial experience, Sisson here interrogates the word “American” or “Nacirema” referencing Nacirema Clubs (social clubs for African Americans) that were popular in the Midwest during her youth. 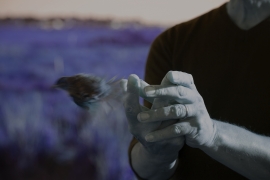 Snæbjörnsdóttir/Wilson: The Only Show in Town

Snæbjörnsdóttir/Wilson’s socially-engaged projects explore contemporary relationships between human and non-human animals in the contexts of history, culture and the environment. Based on their work alongside avian researchers at Jacob’s Point, RI, The Only Show in Town will comprise artworks made in response to the plight of the saltmarsh sparrow, resident in the world only along a narrow and depleted margin of the east coast of North America and marked for extinction by the year 2050.  The exhibition is supported, in part, by the Brown Arts Initiative.