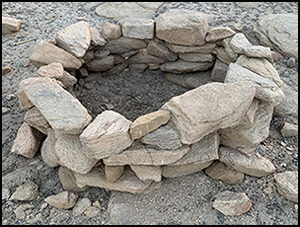 Uronarti, an island in the Nile in Lower Nubia (modern Sudan), was the site of a major fortress constructed by the kings of the Egyptian Twelfth Dynasty. Brown University's Uronarti Regional Archaeological Project is working both to document the fortress and to better comprehend its setting in a complex physical and cultural landscape in order to illuminate the relationships between Egypt and Nubia at this critical period.

The article in Antiquity, published December 10, 2019, describes a new survey program undertaken by the project team, focused on the Batn el-Hagar in Sudan. The Batn el-Hagar has traditionally been characterized as sparsely occupied during the Middle Kingdom Period, with most activity limited to the Egyptian fortresses along the Second Cataract, but the project's work offers evidence for a more richly occupied landscape.