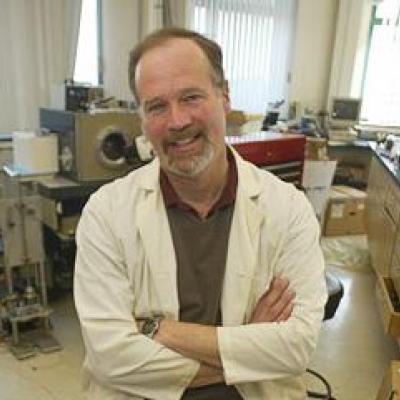 Kenneth R. Miller is Professor of Biology. He did his undergraduate work at Brown, and earned a Ph D in 1974 at the University of Colorado. He spent six years as Assistant Professor at Harvard University before returning to Brown University in 1980. His research work on cell membrane structure and function has produced more than 60 scientific papers and reviews in leading journals, including CELL, Nature, and Scientific American. Miller is coauthor, with Joseph S. Levine, of four different high school and college biology textbooks which are used by millions of students nationwide. He has received 6 major teaching awards at Brown, the Presidential Citation of the American Institute for Biological Science (2005), and the Public Service Award of the American Society for Cell Biology (2006). In 2009 he was honored by the American Association for the Advancement of Science for Advancing the Public Understanding of Science, and also received the Gregor Mendel Medal from Villanova University. In 2011 he was presented with the Stephen Jay Gould Prize by the Society for the Study of Evolution, and in 2014 he received the Laetare Medal from Notre Dame University. He is the author of Finding Darwin's God (A Scientist's Search for Common Ground between God and Evolution), and Only a Theory (Evolution and the Battle for America's Soul).