The professor of physics has been tapped to head the nation’s leading organization of African American physicists and physics students. 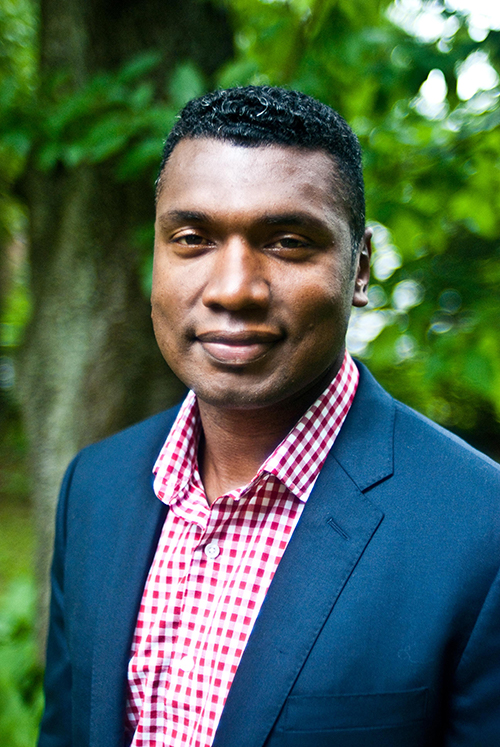 Alexander joined NSBP 28 years ago as a first-year undergraduate student at Haverford College, where he was the only black physics student at the time. He says that through NSBP, he met countless people who would become his mentors and collaborators, including S. James Gates Jr., now also a professor at Brown.

“NSBP provided a community of scientists that shared similar experiences and a passion for physics, so I didn't feel as alone in my quest to become a physicist,” Alexander said. “I never would have dreamt when I joined that I would one day have the opportunity to give back to NSBP serving as its president.”

Formed in 1977, the organization works to bolster opportunities for African Americans in physics, as well as increasing their representation. NSBP also develops activities and programs that highlight the scientific contributions that African American physicists provide for the international community.

Alexander says he hopes to expand NSBP’s visibility by working to add chapters in the U.S. and abroad. He also hopes to engage younger members to identify career and education challenges they face, and then engage senior members to help address those challenges through mentorship or other means.

Another area of emphasis will be encouraging non-traditional career paths for physicists.

“Physicists have always been good at interfacing with other disciplines, whether it’s in data science, technology or even the arts,” Alexander said. “I want NSBP to explore those interfaces and hopefully expand opportunities for our younger members.”

Alexander, who earned his Ph.D. in physics from Brown in 2000, joined the faculty in 2016. His research work focuses on the interface between cosmology and particle physics. In 2001, drawing on key concepts of string theory, he helped to develop a new model that may explain the accelerating expansion of the universe, known as cosmic inflation.

He is also an accomplished jazz musician and wrote a widely lauded book called “The Jazz of Physics,” which explores surprising connections between theoretical physics and musical improvisation. Last year, he served as science advisor to Ava DuVernay’s film adaptation of the children’s classic “A Wrinkle in Time.”

“The goals of NSBP reflect in some ways the things we’re trying to do here at Brown to increase diversity and inclusion in STEM fields and elsewhere,” Alexander said. “That makes me particularly proud as a Brunonian to take on this position.”