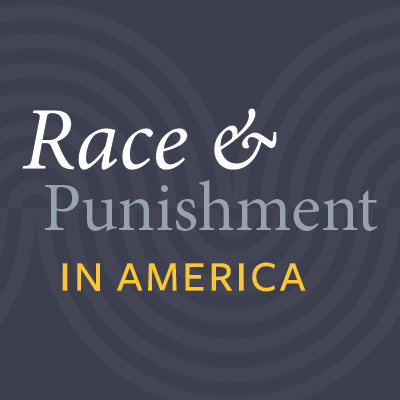 Lisa Biggs is an actress, playwright, and performance studies scholar. As an artist and a scholar, she is interested in the role of the arts, and performance more broadly writ, in movements for social justice in the United States. Her current scholarship investigates the role of the arts in movements for social justice. Her monograph, tentatively titled “Beyond Incarceration,” records and theorizes the impact of theatre programs for incarcerated women in the U.S. and in South Africa, and is under contract with the Ohio State University Press.

Nicole Gonzalez Van Cleve is an associate professor of sociology in the Department of Sociology at Brown University and an affiliated scholar with the American Bar Foundation in Chicago, IL. She is the author of the acclaimed book, Crook County: Racism and Injustice in America's Largest Criminal Court, which is the winner of 11 awards or finalist distinctions for its contribution to the areas of sociology, law, criminal justice, and media. She is the winner of her discipline’s highest book honor, The American Sociological Association’s Distinguished Book Prize as well as an NAACP Image Award Finalist in the category of “Outstanding Literary Work - Debut Author.”  Her new book, The Waiting Room, is part of the series The Southside from Amazon Original Stories and is a collaboration with the Pulitzer Prize–winning team at The Marshall Project.

Amy Remensnyder joined the Brown faculty in 1993, where she is now professor of history. She is the author of two books, one that spans the Atlantic to place medieval Iberia in dialogue with colonial Mexico by exploring the Virgin Mary as a symbol of conquest and conversion, and another that focuses on monasteries and collective memory in medieval southern France. She is currently writing a maritime microhistory of piracy, captivity, and deserted islands in the pre-modern Mediterranean. A practitioner of engaged scholarship and teaching, she is a co-editor of the volume Why the Middle Ages Matter: Medieval Light on Modern Injustice (Routledge, 2011), and the founder and director of the Brown History Education Prison Project, a program whose goal is to expand opportunities in higher education for individuals incarcerated in the Rhode Island state prison system. Since 2010, she has taught History at Rhode Island’s medium security prison.

Robert Self is Mary Ann Lippitt Professor of American History. He is the author of All in the Family: The Realignment of American Democracy since the 1960s (Hill and Wang 2012), a history of a half-century of gender and sexual politics in the United States, and American Babylon: Race and the Struggle for Postwar Oakland (Princeton, 2003), an award-winning study of metropolitan politics focusing on the simultaneous rise of the tax revolt and Black power in post-World War II California. He currently has two book projects underway: an anthology co-edited with Nancy Cott and Margot Canaday, entitled Intimate States: Gender, Sexuality, and Governance in Modern U.S. History, to be published by the University of Chicago Press in 2021, and a book tentatively entitled “Driven: The Rise and Fall of the Hydrocarbon Middle Class,” about houses, cars, and children in the making of the modern middle-class family and the modern energy regime.