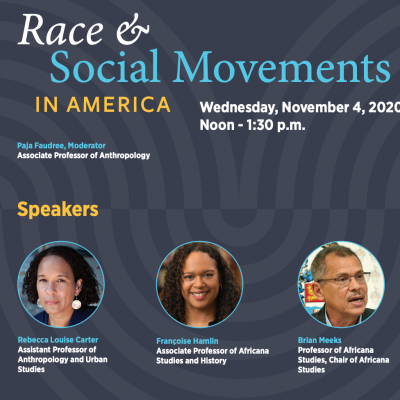 Paja Faudree is associate professor of anthropology at Brown University, where she serves on the Core Steering Committee for the Native American and Indigenous Studies Initiative and the governing boards for the Cogut Institute for the Humanities and the Center for the Study of Race and Ethnicity in America. She received her Ph.D. from the University of Pennsylvania and came to Brown following a postdoctoral fellowship at the University of Chicago. She is also a playwright, poet, and literary author who holds an MFA in literary arts from Brown. She is author of the books Magic Mint: A Biography of One of the World’s Newest “Drugs” (forthcoming), Singing for the Dead: The Politics of Indigenous Revival in Mexico, and numerous artists’ books featuring her poetry.  Her research concerns such themes as language and politics in Latin America, Indigenous social movements, the colonization of the New World, global trade in psychoactive plants, and the interface between music and language.

Rebecca Louise Carter is an associate professor at Brown University, jointly appointed in the Department of Anthropology and the Urban Studies Program. Carter received a doctorate in anthropology from the University of Michigan in 2010 and also holds an undergraduate degree from Northwestern University (with a dual major in psychology and art theory and practice). Prior to joining the faculty at Brown, Carter completed a two-year postdoctoral fellowship (ACLS New Faculty Fellow, 2011-2013), and was a lecturer in the Department of Anthropology and Sociology at Middle Tennessee State University (2009-2011). Her research specializes in the intersected study of creativity, kinship and relatedness, the reconfiguration of human value, and processes of radical structural and social change in the United States, Africa, and the African Diaspora.

Françoise Hamlin is an associate professor of history and Africana studies at Brown University. She earned her doctorate in African American studies and American studies at Yale University, her masters from the University of London, and her B.A. from the University of Essex (both in United States studies). Hamlin is the author of Crossroads at Clarksdale: The Black Freedom Struggle in the Mississippi Delta after World War II (University of North Carolina Press, 2012), winner of the 2012 Berkshire Conference of Women Historians Book Prize and the 2013 Lillian Smith Book Award. These Truly Are The Brave: An Anthology of African American Writings on Citizenship and War is a co-edited anthology published by the University of Florida Press in 2015. It was a finalist for the QBR 2016 Wheatley Book Award in Nonfiction, and was republished in paperback in 2018. Hamlin’s new research focuses on youth, trauma, and activism. Her most notable fellowships and awards include: the C. Vann Woodward Dissertation Prize; the Du Bois-Mandela-Rodney Fellowship at the University of Michigan; the Charles Warren Center Fellowship at Harvard University; a Woodrow Wilson National Fellowship; and the Frederick Burkhardt Residential Fellowship from the American Council of Learned Societies. In addition, she has won major mentoring and teaching awards at Brown University.

Brian Meeks is professor and chair of Africana studies at Brown University. He has published twelve books and edited collections, including Critical Interventions in Caribbean Politics and Theory (University Press of Mississippi, 2014), Caribbean Revolutions and Revolutionary Theory: an Assessment of Cuba Nicaragua and Grenada (University of the West Indies Press, 2001), Narratives of Resistance: Jamaica, Trinidad, the Caribbean (University of the West Indies Press, 2001), and Envisioning Caribbean Futures: Jamaican Perspectives (University of the West Indies Press, 2007). His novel Paint the Town Red (Peepal Tree Press, Leeds) was published in 2003 and his volume of poems The Coup Clock Clicks (Peepal Tree Press) was published in 2018. His research interests are in theories of revolution, Caribbean revolutions of the 20th-century, hegemony, power and the state, Caribbean social and political thinkers and thought and the exploration of alternative avenues to prosperity, with emphasis on the Caribbean and the African diaspora.