Interact with Your Own Education: Royce Fellow Daniel Kunin ’17 on Seeing Theory, Winner of the “Best Education Website” Webby Award

When we hear the words probability or statistics, our reaction is either a grin or a frown, most likely the latter. It may be due to past math teachers, or experiences of flipping through textbooks and class notes over and over only to be left with a question mark remaining in our heads. But what if these fields were fun and engaging?

Daniel Kunin ‘17, a past Royce Fellow at Brown and a current graduate student at Stanford, developed a platform for making statistics more accessible and fun during his undergraduate years at Brown. “[Statistics] isn't something that’s very intuitive to me either,” admitted Kunin.

When visiting the free website his team created, Seeing Theory, you'll find there are no tutorial videos, no complicated equations. Instead, the 6 chapters related to statistics and probability are explained in diagrams and pictures in which users actively press buttons to understand concepts. The site has “Explorable Explanations” Kunin described, initially suggested by Bret Victor, which propose a more interactive way of teaching. 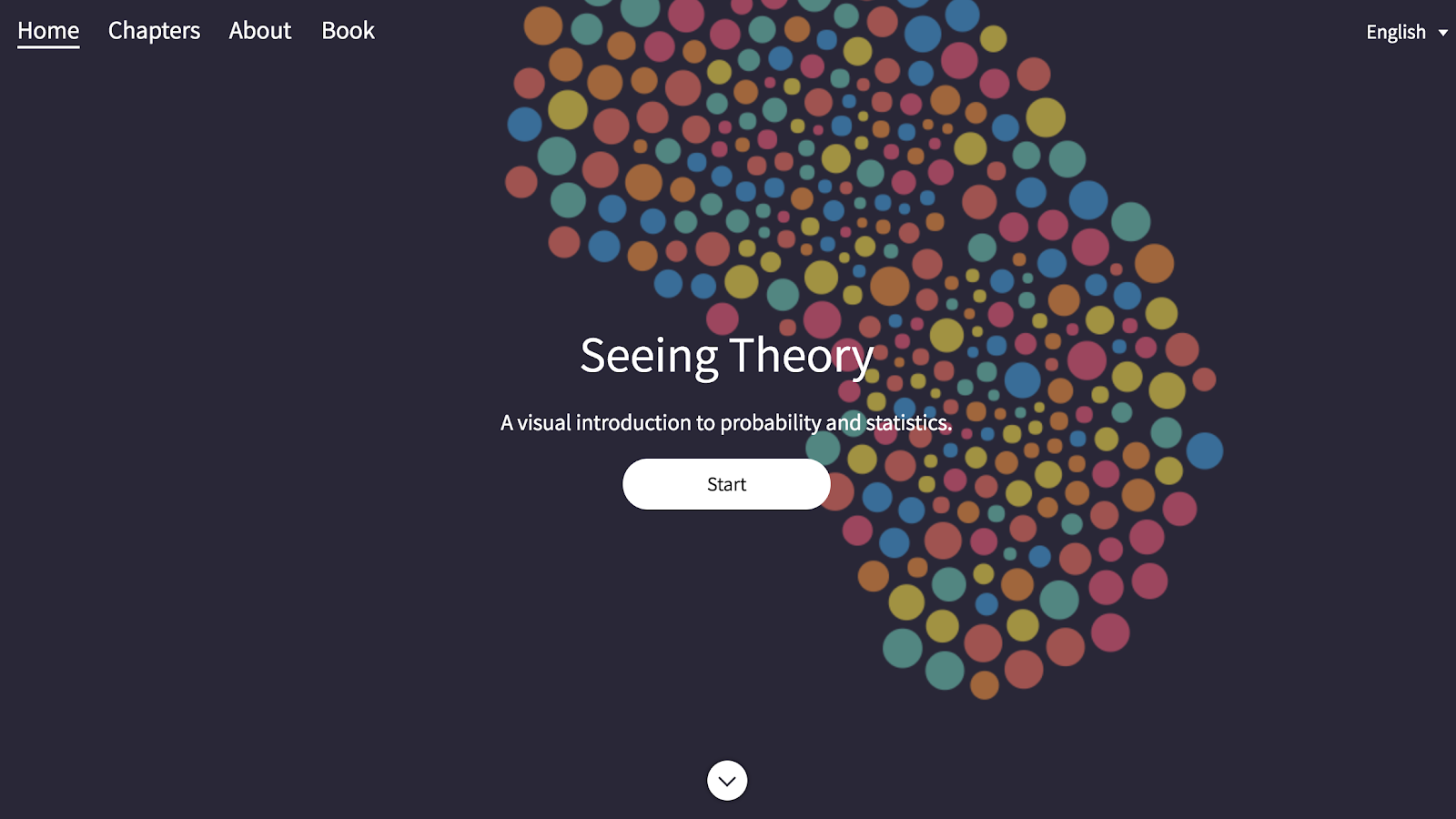 Initially concentrating in biochemistry and pre-med, Kunin met one of the current members of Seeing Theory at a Stanford-Brown iGEM (International Genetically Engineered Machine) Competition, where he realized he needed more knowledge in math and computer science. His first draft of the site, Seeing Theory, was created in one of the computer science courses he took, CSCI1320 Creating Modern Web Applications. He was then accepted to the Royce Fellowship, in which selected students receive an award of $4,000 to pursue their independent research under supervision of a faculty member. As a Royce Fellow, Kuin worked on Seeing Theory full-time over the summer.

Before his Royce presentation, Kunin emailed math bloggers and faculties who inspired his work to inform them about his project. The site went viral a little over a year ago. Starting with about 1,000 views on the site, most of which were his own, the views quickly grew to 100 outside of Providence and soon reached over 100,000 views per day. Since then, there have been over 2 million page views with high return rates, meaning users are visiting not necessarily for novelty but to actually use the website frequently for reference.

Kunin has been receiving positive feedback from all over the world, including from a professor at Berkeley, who shared the project with both his graduate students and his 4 year olds. Although Seeing Theory may be slightly advanced math for kindergartners, high school students, graduate students and people in the industry visit the site to either refresh on concepts they have learned years ago or have never learned.

Surprisingly, Seeing Theory was created as a side job. Members consist of two full-time graduate students and full-time worker at Yelp, and a full-time worker at Amazon. “We do this all in our free time,” Kunin said. Regardless, responding to demands, the four member team has created 70 pages of textbook to go along with the website, restructured the “Frequentist Inference” section and redesigned the user interface for the website.

People from all over the world have volunteered to translate the website, and for the next three months, they are having the site translated into Spanish, French, Hungarian and Arabic. The site recently launched a Chinese translation as the first translated version.

Along with big names in the online education department such as TED-Ed and MasterClass, Seeing Theory is nominated as one of the five best education websites for the 22nd Annual Webby Awards People’s Voice.

“It’s super exciting” he said, “the fact that we’re nominated for Webby is a testament that we were doing something different. We were creating new ways of teaching concepts, online.”

Kunin explained that although online education is dominated by tutorial videos, he doesn’t think that’s the only manner in which you can teach online. He hopes other educational sites will emulate the interactive, explorational ways of teaching, in which “users interact with their own education.”

Update: We interviewed Kunin while Seeing Theory was nominated. Since then, the website was selected as the winner of the Webby Award in the “Best Education Website” category! Congratulations to Daniel and his team on this exciting win.