The Israeli firm SpaceIL turned to Brown’s Jim Head for help in selecting a landing site for what is expected in the coming weeks to become the first private spacecraft to land on the Moon.

PROVIDENCE, R.I. [Brown University] — If all goes according to plan, an Israeli company called SpaceIL will make history later this month by landing the first commercial spacecraft on the surface of the Moon. Brown University professor Jim Head, who serves as a member of the mission’s science team, says the landing marks the beginning of a new era in space science.

That new era, Head says, will be one in which private companies fly relatively inexpensive spacecraft capable of doing one or two key experiments targeted at fundamental science questions.

“It’s a little like the microsatellite revolution, when people realized that we don’t need to put freight trains into orbit in order to get things done,” said Head, a professor in the Department of Earth, Environmental and Planetary Sciences. “The challenge for us as scientists is to think about doing transformational lunar science one small experiment at a time. What that’s going to do is unleash the creativity of everybody in planetary geoscience, particularly the students who will lead these efforts moving forward.”

The SpaceIL mission grew out of the Google Lunar XPRIZE, a $30 million race to land a private spacecraft on the Moon. The big prize ultimately went unclaimed (though there’s still $1 million up for grabs), but many of the finalists including SpaceIL continued to work toward a lunar rendezvous. The SpaceIL spacecraft, dubbed Beresheet (Hebrew for “genesis” or “in the beginning”), launched from Cape Canaveral in February, a nighttime event that Head witnessed up close. It has since been swinging around the Earth in ever larger ovals that bring it closer to its final destination. On April 4, the ship maneuvered into lunar orbit, and will attempt to land on April 11.

Head’s primary role in the mission was to help select Beresheet’s landing site, which is something he also did for the Apollo Moon missions in the 1960s and 70s.

“In 2015, when it was time to assemble the SpaceIL science team, the choice of a lunar geologist and landing site expert was obvious: I contacted Jim Head and invited him to join,” said Oded Aharonson, chief scientist for the mission. “We are lucky to have Professor Head on our team contributing his enormous experience, to help navigate the challenges on our way to the Moon and interpret our findings.”

The team ultimately chose a landing site near the northern edge of Mare Serenitatis, a huge volcanic plain on the lunar nearside. It’s relatively flat and boulder-free, and it happens to be a good place to investigate the magnetic properties of the lunar surface, which is the lander’s primary science objective.

Whereas the Earth is surrounded by a strong magnetic field that deflects harmful solar radiation, the Moon currently has essentially no magnetic field at all. However, some of the rock samples brought back from the Apollo mission turned out to be magnetized, suggesting that the Moon did have a magnetic field at some point. No one knows for sure when or why it disappeared. Beresheet’s landing site is known from orbital measurements to have a magnetic anomaly, so getting readings directly from the surface can help answer big questions about the Moon’s magnetic history, Head says. 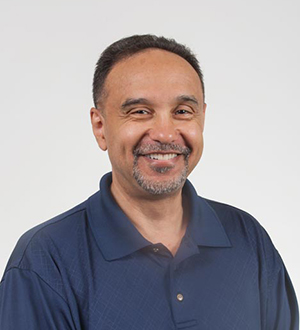 Communication theorist cheers ‘Lunar Library’ to be delivered to the Moon

“By putting a magnetometer right on the surface, we can really get a data point that would help resolve when the magnetic field tailed off,” he said. “That helps us distinguish between models for the origin of the magnetic field.”

And since magnetic field generation is related to processes occurring deep in the Moon’s interior, insights into lunar magnetic story shed important light on the origin and evolution of the Moon itself. That’s the kind of big-picture science — done one simple experiment at a time — that makes Head so excited about this new era of exploration.

“I’m tempted to paraphrase a line from Neil Armstrong,” he said. “It’s one small experiment on a spacecraft, one giant leap for space science. These relatively inexpensive missions are going to truly transform the way we think about how to carry out space science.”

This isn’t Head’s only private space collaboration. He and his students have been working closely with OrbitBeyond, another XPRIZE finalist, which plans to land on the Moon in 2020. For that mission, Head and his students are helping to plot traverses for a pint-sized lunar rover. Last month in Texas, Head hosted a symposium bringing scientists from all over the world together with numerous private space firms — including members of NASA’s Commercial Lunar Payload Services program — to explore new ways to collaborate on transformative science.

For now, Head and the rest of the SpaceIL team are anxiously awaiting the landing attempt.

“This really demonstrates that a small country with big ideas can accomplish something monumental,” Head said. “This will engage people. It will encourage people in Israel and elsewhere to go into careers in science and technology. I think it’s going to be very inspirational.”