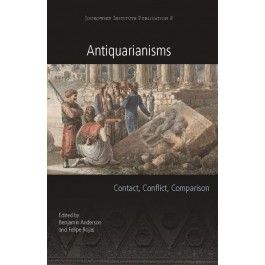 , is focused on dissemination of the results of conferences and workshops held under the Institute’s aegis, on fieldwork reports and other scholarly studies by faculty associated with the Institute, and on the publication of archaeological material in Brown collections. JIP volumes are available through Casemate Academic (formerly David Brown Book Company) and Oxbow Books.

The following titles are now available: