This story is from Impact: Research at Brown, Brown’s magazine devoted to the University’s research.

...of discovery and scholarship, and of our commitment to making a difference in the world view the full issue.

By Li Goldstein, Class of 2022, for IMPACT: Research at Brown

Professor David Kertzer and his research team delved into the controversial question of Pius XII during WW-II, specifically tackling his failure to publicly condemn the Holocaust.

PROVIDENCE, R.I. [Brown University] — Academics who study church-state relations in Italy often fall into two camps, according to David Kertzer, a Brown professor of social science and a preeminent expert on the history of Vatican relations with Italian politics. The first camp — the church historians — pore over archives from the Roman Catholic church and tend not to work in civil archives. Secular historians, by contrast, conduct their research in state archives through a more distinctly political lens.

Kertzer’s research sits at the intersection of the two. The overlapping space in the Venn diagram of church history and secular history is a site of rich and nuanced analysis. And the two are inextricable, he says. The decision-making of church actors — namely, the pope and his clergy — can’t be fully understood without consideration of their relationship to and communications with state actors. Kertzer and his research team have most recently delved into the controversial question of Pius XII during World War II, specifically tackling his failure to publicly condemn the Holocaust, a decision drawing widespread criticism. 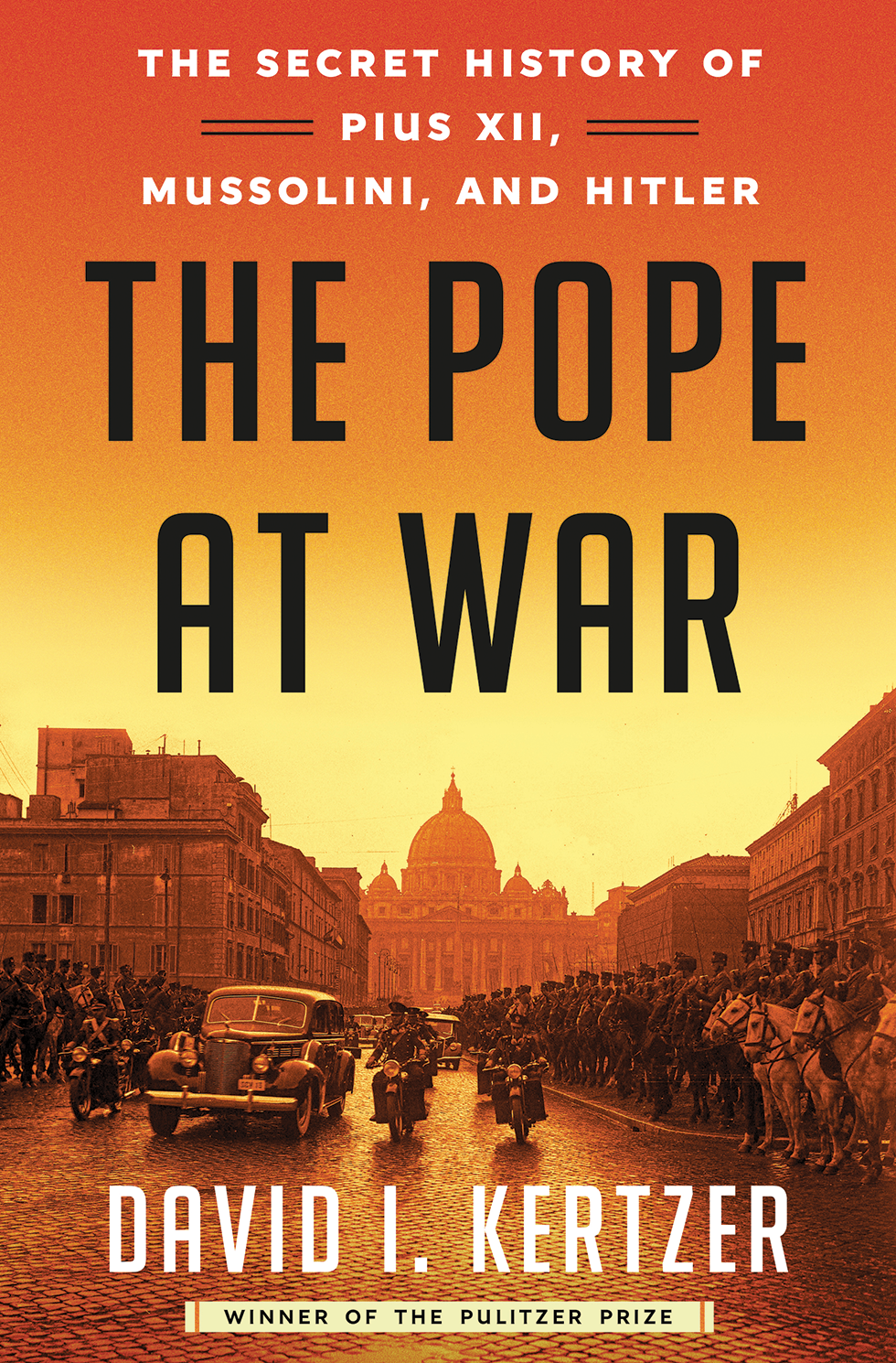 “My task is triangulating documents from different archives around the same events, the same dates, to better understand what actually is going on,” Kertzer said. “Whereas if you just base your work on, say, church archives or just base it on a set of state archives, you tend to get a limited, blinkered view.”

His research relies heavily on the long-awaited and eagerly anticipated opening of the papal archives for Pius XII, which contain thousands upon thousands of newly unsealed documents chronicling the pope's communications with stakeholders inside and outside of the church. Kertzer, winner of the 2015 Pulitzer Prize for his book "The Pope and Mussolini: The Secret History of Pius XI and the Rise of Fascism in Europe," was one of the few scholars present in those archives the first day they were open in March 2020, before they closed in response to Italy’s COVID-19 lockdown. The archives have since reopened with limited visitation.

The barrier to securing access to documents, for many researchers, is the cost of copying them, which can be as much as $10 per page. Enabled by a generous research fund from Brown, Kertzer has secured over 7,000 pages of archival documents. “I’m not aware of any scholar who has been able to obtain nearly as much material from those archives,” he said.

The findings, Kertzer says, are “explosive” — though he can’t share them publicly until the release of his book, "The Pope at War.' [Editor's Note: This IMPACT magazine story was written before the book was published in June by Random House in the United States — it will be published by Garzanti in October in Italy.]

Internal memos between Pius XII and trusted aides, illuminating the pope’s own thoughts and reservations, add texture to a debate that Kertzer says often glosses over complexities. “He’s a great hero of conservatives in the church, who portray him as a great antagonist of fascism and of Nazism and a great defender of Jews,” he said. “His critics accuse him of cowardice and antisemitism.”

“I thought a lot of these debates lacked nuance, and they didn’t really give us an understanding of what was going through the pope’s mind during the war,” Kertzer said.

What was going through Pius XII’s mind, Kertzer argues, was how best to protect the church in the face of political turmoil. “He had good reason to believe Hitler was going to win the war — most people thought Hitler was going to win the war in the early years,” he said. “And so a lot of his actions had to do with this notion of protecting the institutional church in Europe that could well be ruled by Hitler and … Mussolini.” Memos reveal, too, the antisemitism that surrounded Pius XII in his aides and trusted advisors.

But the Vatican archives alone don’t paint a full picture. Anticipating that Pope Francis would eventually unseal Pius XII’s archives — the public pressure to do so, he says, has only grown since the 1960s — Kertzer has plumbed various state archives with respect to Pius XII’s papacy. His work in the state archives of Italy, the United States, France, Germany and Britain laid the groundwork for his later research and propelled his book-writing process.

Such archives contain reports from those meeting regularly with the pope and his closest advisors in their capacity as state ambassadors or as envoys to the Vatican, capturing candid impressions of his papacy absent from official church archives.

Kertzer maintains a 4,000-page indexed catalog of his research organized by date, allowing him to access and cross-reference archival material from both state and Vatican archives all in one place. In triangulating the distinct narratives contained in each archive, Kertzer hopes to animate a character mired in controversy but often lacking sufficient dimension in portrayals of him — aiming not to excuse Pius XII’s silence amidst the Holocaust, but to contextualize it.

Six takeaways from the 2022 midterm elections, according to Brown political experts

In its second year, Military Fellows program continues to bridge the civilian-military divide

This story is from Impact: Research at Brown, Brown’s magazine devoted to the University’s research.

...of discovery and scholarship, and of our commitment to making a difference in the world view the full issue.