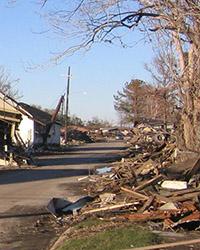 The Hurricane Katrina Project examines the impacts of hurricanes on the Gulf Coast.  It began in response to the specific case of New Orleans’ flooding in 2005 and efforts to understand who was affected and what neighborhoods were able to rebuild.  Since then it has evolved into a broader study of the Gulf Coast region in the decades since 1950.  Major participants in this project have include John Logan, Zengwang Xu (now at the University of Wisconsin-Milwaukee), and Sukriti Issar (now at Sciences Po in Paris).

The project resulted in two recent publications.  The first develops a way to model the area of damage from hurricane winds and storm surge for all hurricanes in the post-1950 period on the Gulf Coast, and provides maps of hurricane risk:  John R Logan and Zengwang Xu.  2015.  “Vulnerability to Hurricane Damage on the U.S. Gulf Coast since 1950” Geographical Review 105(2):133–155.

The second asks how county-level population growth and decline were affected by hurricane experience.  It develops the argument that rather than being displaced by hurricanes, poor, minority and older populations' vulnerability stems from their being "trapped in place."  While others tend to move away from risk, these groups do not.  See: John R. Logan, Sukriti Issar, and Zengwang Xu.  2016.  “Trapped in Place? Segmented Resilience to Hurricanes in the Gulf Coast, 1970-2005”  Demography, 53,5: 1511-1534.

Click below for the main project page, which includes links to materials on Katrina and New Orleans as well as to the broader Gulf Coast research: