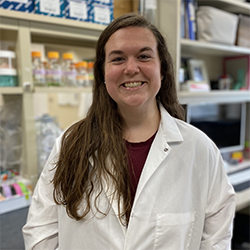 Kelsey Babcock, a Ph.D. candidate in the Neuroscience Graduate Program, will combine molecular and genomics approaches to understand the cellular mechanisms responsible for the loss of neurogenesis in Alzheimer’s disease and its relation to cognitive dysfunction.

New neurons form in the adult brain through a process known as adult hippocampal neurogenesis. Those neurons play a key role in learning and memory throughout life, but hippocampal neurogenesis is reduced with age and further declines in individuals with Alzheimer’s disease. Working in the Webb Lab, Babcock will identify strategies to prevent or reverse the loss of neurogenesis and cognitive decline in neurodegeneration.

“Millions of people are severely impacted by Alzheimer’s disease each year,” Babcock said. “By working to understand the cellular mechanisms that contribute to cognitive decline in Alzheimer’s disease, including memory loss, my research will help identify interventions to improve the quality of life for these patients and their families.”

Babcock received a bachelor’s degree in neuroscience from Wheaton College. Her award is supported by Brown’s Center for Alzheimer's Disease Research. 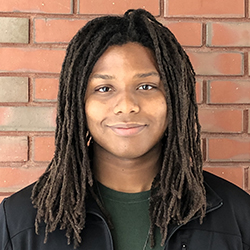 Tariq Brown, a Ph.D. candidate in the Neuroscience Graduate Program, is investigating the impacts of alcohol-induced alternative splicing of genes on neural function and behavior. He will use fruit flies to study how the splicing of the Dopamine-2 receptor influences behavior after alcohol consumption.

“My goal is to establish a connection between disruptions in alternative splicing and alcohol use disorder,” said Brown, who conducts his research in the Kaun Lab.

Brown received a bachelor’s degree in biomedical sciences from Central Michigan University. His award is supported by the Dr. Daniel C. Cooper Graduate Award and the Mahoney Fund. 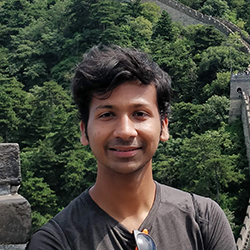 Lakshmi Govindarajan, a Ph.D. candidate in cognitive science, is working in the Serre Lab to build computational models as a way to understand people’s ability to maintain and manipulate memories.

Govindarajan’s research is at the confluence of computational neuroscience and artificial intelligence. He will study the neural circuit mechanisms underlying vision, focusing on visual working memory—a cornerstone of intelligence.

“Understanding the principles of coordination between neural populations is central to the question of intelligence,” Govindarajan said. “My research aims to build computational models of such coordination to explain our ability to maintain and manipulate memories. These models will also help in building more robust and efficient artificially intelligent systems.”

Govindarajan received a bachelor’s degree in computer science and biophysics from National University of Singapore. His award is supported by the Charles A. Dana Graduate Fellowship Fund, the Mahoney Fund and the Macklin Bequest. 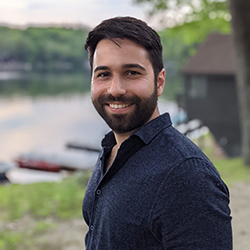 Working in the Barnea Lab, Doruk Savaş is investigating how animals decide what to eat. Savaş, who is a Ph.D. candidate in the Neuroscience Graduate Program, is interested in understanding the interaction between the taste system and internal neural networks that monitor animals’ hunger level.

Using fruit flies to model these interactions, Savaş has already found that a set of special neurons—that release a neuropeptide called leucokinin—receive information from the taste sensing neurons. Leucokinin is crucial for taste assessment and avoiding potentially toxic food. These findings, he said, suggest a key role in regulating leucokinin neurons bridging the external environment to the metabolic state.

“My research has the potential to discover the ways in which sensory systems work together with neuropeptidergic systems to fine-tune metabolism and behavior,” Savaş said. “Understanding the dynamic relationship between the brain and metabolism can help us battle physiological disorders, such as diabetes and obesity.”

Savaş received a bachelor’s degree in molecular biology and genetics from Boğaziçi University in Turkey. His award is supported by the Suna Kiraç Fellowship and Research Fund. 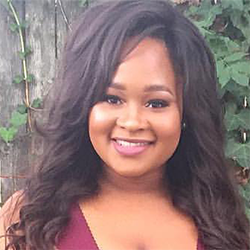 In vitro toxicity testing in three-dimensional (3D) systems could be the missing link to increased drug efficacy and accurate predictability of risk assessments of chemicals, says Aurora Washington, a Ph.D. candidate in the Biotechnology Graduate Program.

Working in the Hoffman-Kim Lab, Washington has been developing a human neural microtissue, characterizing the established rat cortical microtissue and exposing them to environmental neurotoxicants. The goal of this work is to create 3D species-specific platforms for increased predictability of toxicity testing, she said.

“Creating both rodent and human brain microtissues allows for the investigation of species-specific responses to toxicants in physiologically relevant microenvironments,” Washington said. “Using 3D in vitro systems for toxicity testing also reduces the number of animals being used while allowing for high-throughput testing with better reproducibility.”

Washington received a bachelor’s degree in biology with honors from Tougaloo College in Mississippi. Her award is supported by the JBB Graduate Fellowship Fund and the Mahoney Fund. 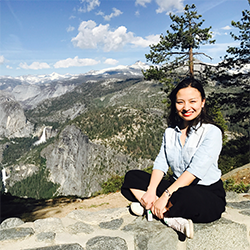 Qing Wu, a Ph.D. candidate studying computational biology, is developing a machine learning model to interpret modern genetic testing in autism spectrum disorder, one of the most strongly genetic neuropsychiatric conditions. Working with professors Eric Morrow and Dilber Ece Uzun, Wu will use genetic and phenotypic data from individuals with autism spectrum disorder to identify rare variants with large effect size and to predict subgroups of the disorder.

A molecular picture of the paleocortex 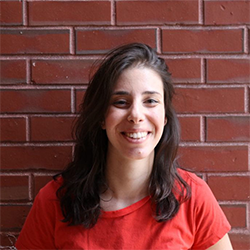 Sara Zeppilli, a Ph.D. candidate in the Neuroscience Graduate Program, will work in the Fleischmann Lab to generate the first detailed molecular picture of the mammalian anterior and posterior paleocortex. She plans to use machine learning to align projection neurons from evolutionary distinct and similar cortical traits.

“Our goal is to provide a mechanistic substrate underlying an evolving gene regulatory network from ancestral to neocortical principal cells, a critical yet largely poorly understood framework in the evolutionarily path of the mammalian cortex,” Zeppilli said.

Zeppilli said her project will provide an essential roadmap for the evolution of the cortex.