Brown's senior leaders guide the University's work toward a set of ambitious goals to reach new levels of academic excellence through integrative research and innovative education in service to the community, nation and world. 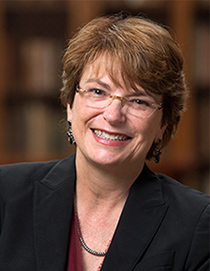 Christina Paxson became Brown’s 19th president in 2012. In February 2017, the Corporation of Brown University appointed her to a second five-year term as president, extending her tenure through June 30, 2022. As chief executive officer, President Paxson reports to the Corporation, oversees all divisions of Brown’s administration, and is chief ambassador for the University. Nationally recognized as a leader in higher education and an accomplished scholar, she is a professor of economics and public policy.
Office of the President

Brown's strategic plan sets forth a broad vision and goals to ensure the University’s capacity to fulfill its mission of teaching, research and service at the highest levels of excellence.
Visit Page

Pathways to Diversity and Inclusion

Both diversity and inclusion are central to Brown’s mission of creating knowledge and preparing students to serve the community, the nation, and the world.
Visit Page

The Corporation of Brown University is Brown’s primary governing body, with its authority set forth in the charter of the University granted by the Colony of Rhode Island and Providence Plantations in 1764. It consists of a 12-member Board of Fellows and a 42-member Board of Trustees, meets in person three times per year, and makes policy decisions in areas including academic affairs, advancement, budget and finance, and campus life.
Corporation of Brown University