The Dr. Jean Shim Yun Lecture Series spotlights scholarly research focused on Asian Americans and Pacific Islanders. Each year, the Series invites groundbreaking academics and artists to campus to enrich conversations of race, ethnicity, and identity, particularly in context of the immigrant experience. 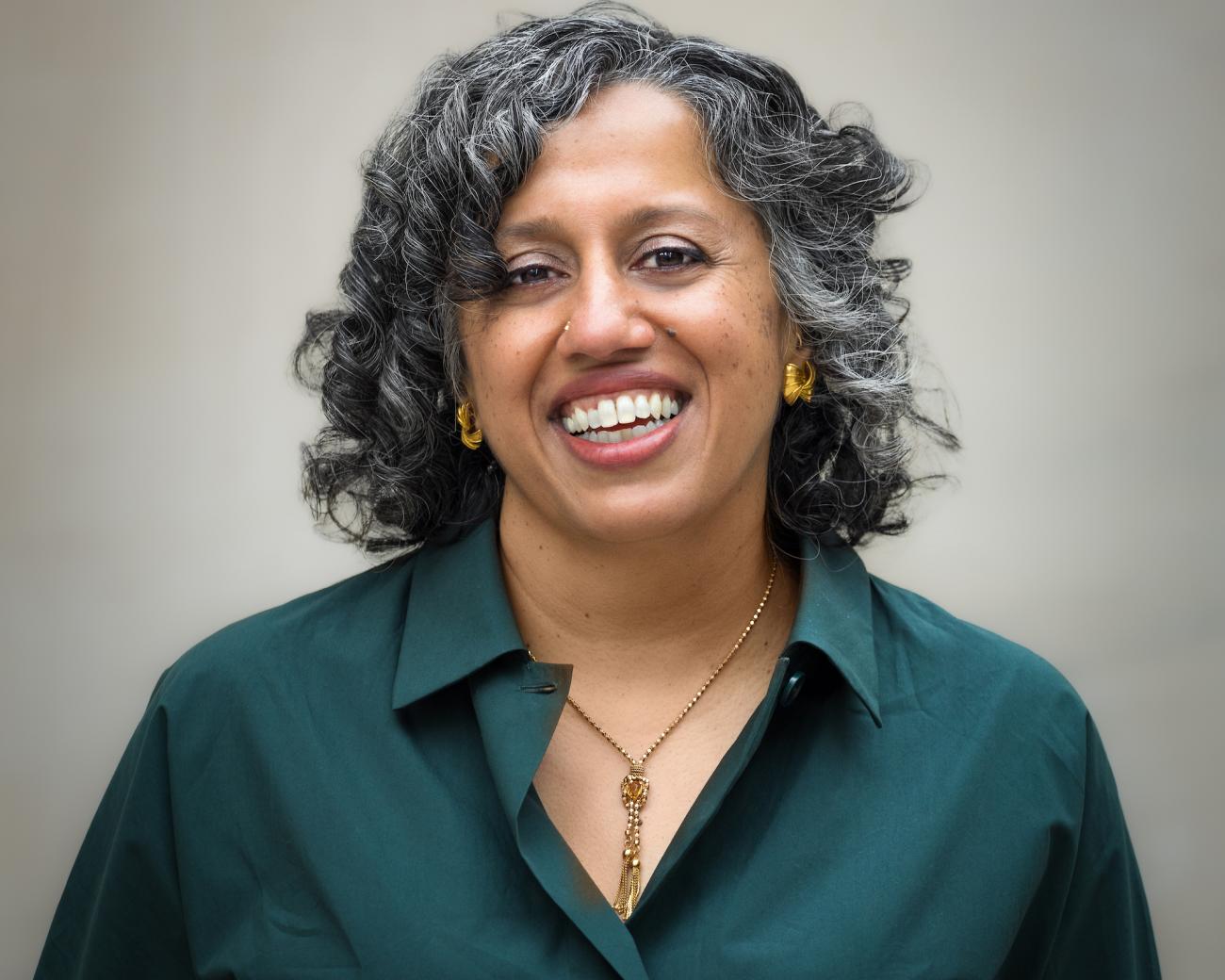 Bakirathi Mani is Professor of English Literature at Swarthmore College and Co-Director of the Tri-College Asian American Studies Program. She is the author of Unseeing Empire: Photography, Representation, South Asian America (Duke University Press, 2020), winner of an Honorable Mention at the 2022 Association of Asian American Studies Book Awards, and she is also the author of Aspiring to Home: South Asians in America (Stanford University Press, 2012). Working across ethnographic, literary, historical and visual archives of South Asians diasporic public culture, Mani's essays have been published in American Quarterly, Social Text, The Journal of Asian American Studies, Positions, and Verge, among other venues. Born in Bombay, raised in Tokyo, and educated in Japan, the U.S. and in India, Mani earned her Ph.D. in Modern Thought and Literature from Stanford University, her M.A. in Modern Indian History from Jawaharlal Nehru University, and her B.S.F.S. in Non-Western History and Diplomacy from Georgetown University. Mani was a CSREA Visiting Faculty Fellow in Fall 2022. Mani is also a curator of South Asian diasporic fine art, and regularly collaborates and consults with artists and non-profit arts organizations in the U.S. and South Asia.

Daniel Y. Kim is Professor of English at Brown University. He is author of The Intimacies of Conflict: A Cultural History of the Korean War (NYU Press, 2020) and Writing Manhood in Black and Yellow: Ralph Ellison, Frank Chin and the Literary Politics of Identity (Stanford University Press, 2005). He is the co-editor (with Crystal Parikh) of The Cambridge Companion to Asian American Literature. He has published articles in American Literary History, Criticism, Cross-Currents, The Journal of Asian American Studies, New Literary History, positions, and Novel.

There are no upcoming presentations.

See all past presentations