CSREA's New Book Talks event series introduces the Brown community to new and exciting contributions to the study of race ethnicity, and indigeneity. During these virtual events, scholars will present the throughline of their new publication and then join attendees in a thought-provoking discussion. This semester presents a varied slate of works--from a fiction novel by Ousmane Power-Greene exploring the conditions currently destabilizing our society, to an incisive analysis of how fetishistic depictions in cartoons and technology have spurred anti-Asian bias and violence. 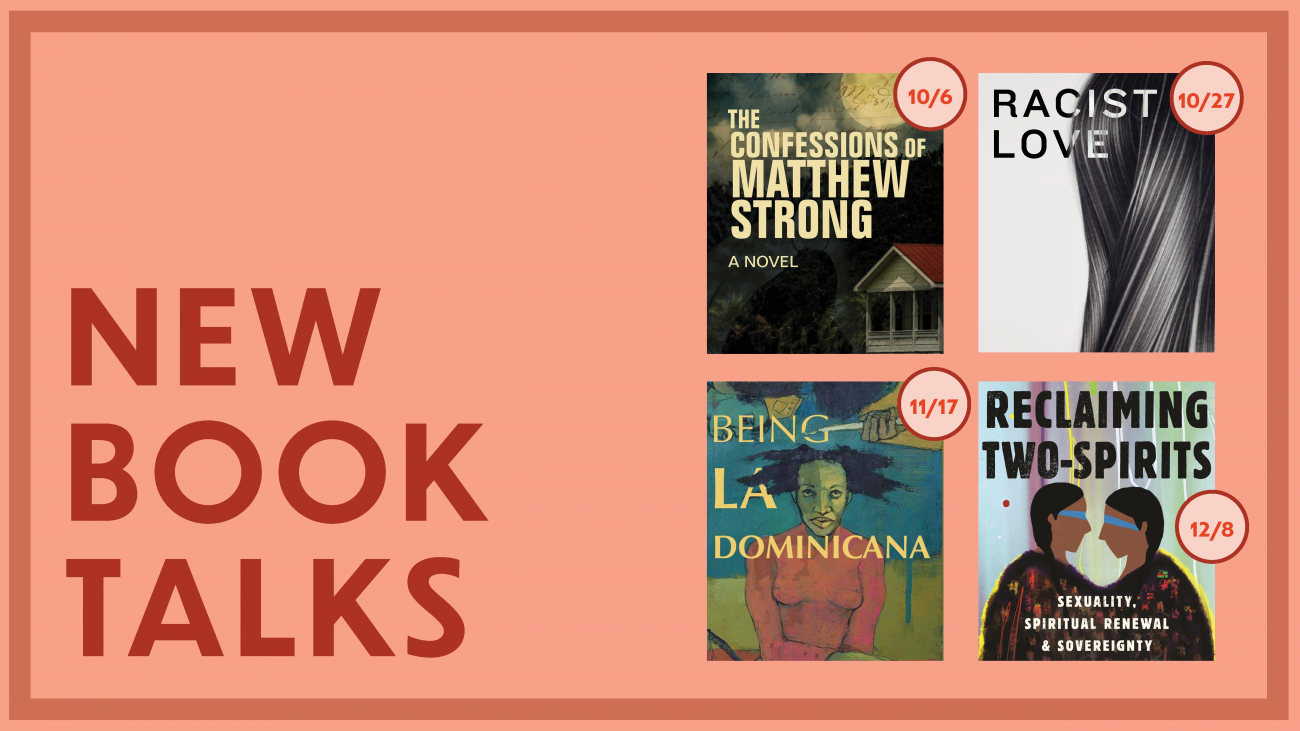 The Confessions of Matthew Strong

Power-Greene's wildly original, incendiary story about race and redemption chronicles the life of Allegra Douglass, a professor at a top-tier university in New York. When assembling evidence of the disappearances of young Black women, Allie herself disappears, kidnapped by white supremacist Matthew Strong. The story explores the dangerous imbalances that continue to destabilize society, and the value of speaking out for what's right.

Racist Love: Asian Abstraction and the Pleasures of Fantasy

In Racist Love, Leslie Bow traces how Asian Americans become objects of anxiety and desire. Conceptualizing these feelings as “racist love,” she explores how race is abstracted and then projected onto Asianized objects. Bow shows how anthropomorphic objects and images such as children's cartoons, home décor, and AI robots function as repositories of seemingly positive feelings and attachment to Asianness. At the same time, Bow demonstrates that these Asianized proxies reveal how fetishistic attraction and pleasure serve as a source of anti-Asian bias and violence.

In Being La Dominicana, Rachel Afi Quinn investigates the ways Dominican visual culture portrays Dominican women and how women represent themselves in their own creative endeavors in response to existing stereotypes. Delving into the uniquely racialized gendered experiences of women in Santo Domingo, Quinn reveals how racial ambiguity and color hierarchies work to shape experiences of identity and subjectivity in the Dominican Republic.

Moderator to be announced.

Before 1492, Indigenous communities across North America included people who identified as neither male nor female, but both. After European colonizers invaded, centuries of violence and systematic persecution followed, imperiling the existence of people who today call themselves Two-Spirits, an umbrella term denoting feminine and masculine qualities in one person. Drawing on written sources, archaeological evidence, art, and oral storytelling, Reclaiming Two-Spirits reveals how colonizers used language to denigrate and erase Two-Spirit people from history. Their efforts ultimately failed, and the work amplifies Two-Spirit voices, reconnecting their history to Native nations in the 21st century.

​Moderator to be announced.