Tuesday, November 16, 2021
Center for the Study of Race and Ethnicity in America

Speculative fiction and the related genres of science fiction and fantasy illuminate contemporary issues by situating them in fantastical, supernatural, futuristic, and other imaginative contexts. These narratives invite us to challenge our preconceptions and established ways of being in favor of imagining what is possible. The realm of the speculative has also proven to be an especially fertile space for the exploration of identity and experience for marginalized communities.

This event featured a panel of literary and visual artists whose work engages the speculative in generative ways that explore the wide range of possible frameworks for the greater empowerment and self-determination of Black, Latinx, Indigeneous, and other communities of color: Afua Richardson, Daniel José Older, and Sloane Leong. Watch the event recording and read more about the speakers below. 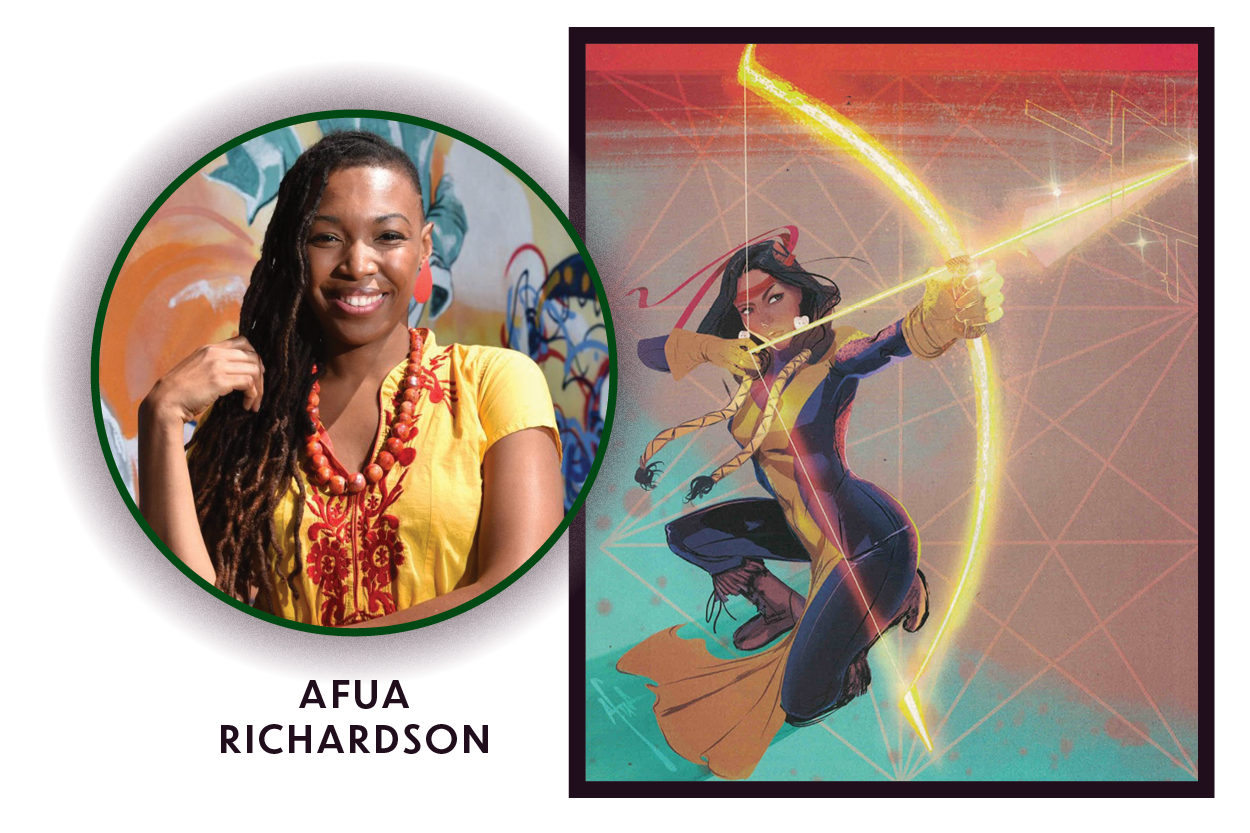 Afua Richardson is an Indigenous / African American illustrator best known for her work on the Eisner Award-winning series Black Panther World of Wakanda. She is the recipient of the Nina Simone: Young gifted & black award for Artistic Achievement. Other works include Xmen 92, All-Star Batman, and HBO’s Emmy-award-winning series, Lovecraft Country. In addition to being an illustrator, she completed an undergrad at Julliard, and is a seasoned Singer/ Songwriter, Musician, voice actor, composer, and mentor to many aspiring artists. She is the creator of her upcoming graphic novel series Aquarius the Book of Mer. 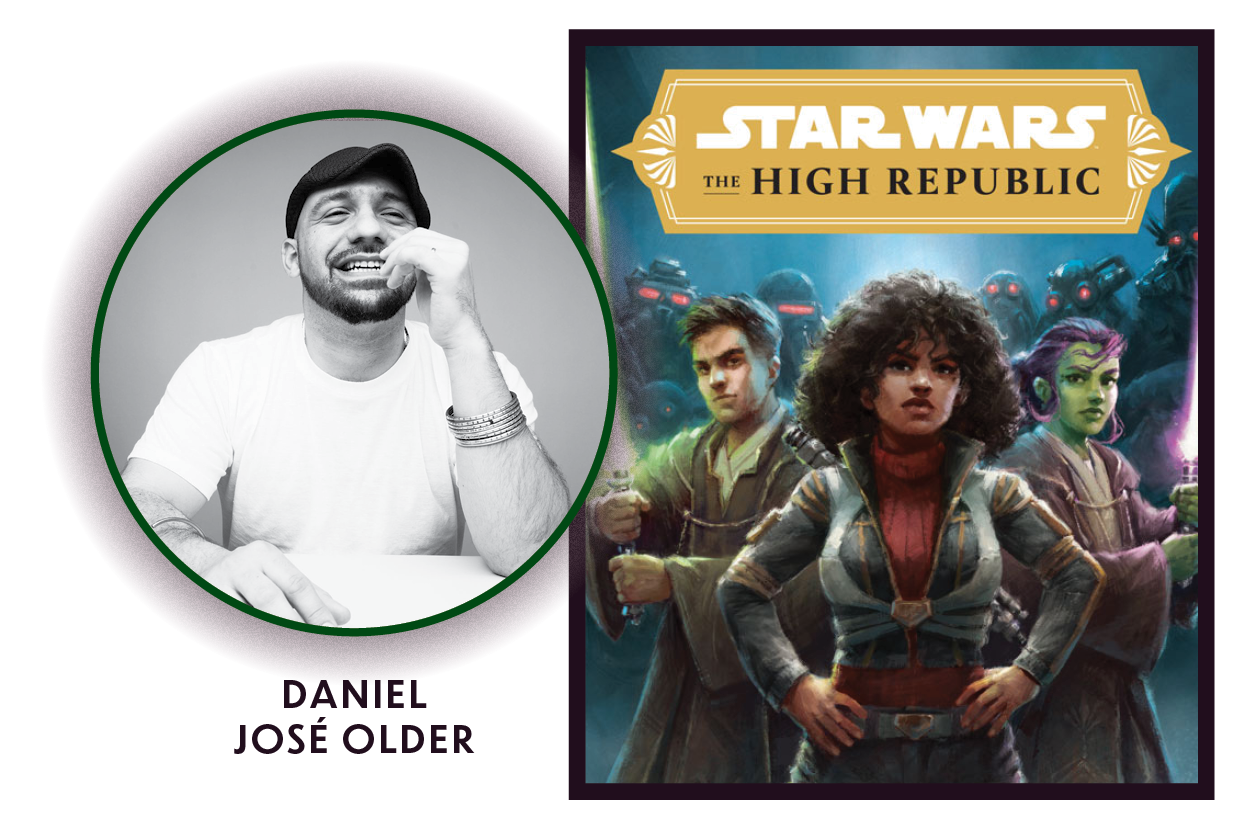 Daniel José Older, a lead story architect for Star Wars: The High Republic, is the New York Times best-selling author of the upcoming young adult fantasy novel Ballad & Dagger (book 1 of the Outlaw Saints series), the sci-fi adventure Flood City, and the monthly comic series The High Republic Adventures. His other books include the historical fantasy series Dactyl Hill Squad, The Book of Lost Saints, the Bone Street Rumba urban fantasy series, Star Wars: Last Shot, and the young adult series the Shadowshaper Cypher, including Shadowshaper, which was named one of the best fantasy books of all time by TIME magazine and one of Esquire’s 80 Books Every Person Should Read. He won the International Latino Book Award and has been nominated for the Kirkus Prize, the World Fantasy Award, the Andre Norton Award, the Locus, and the Mythopoeic Award. He co-wrote the upcoming graphic novel Death’s Day. 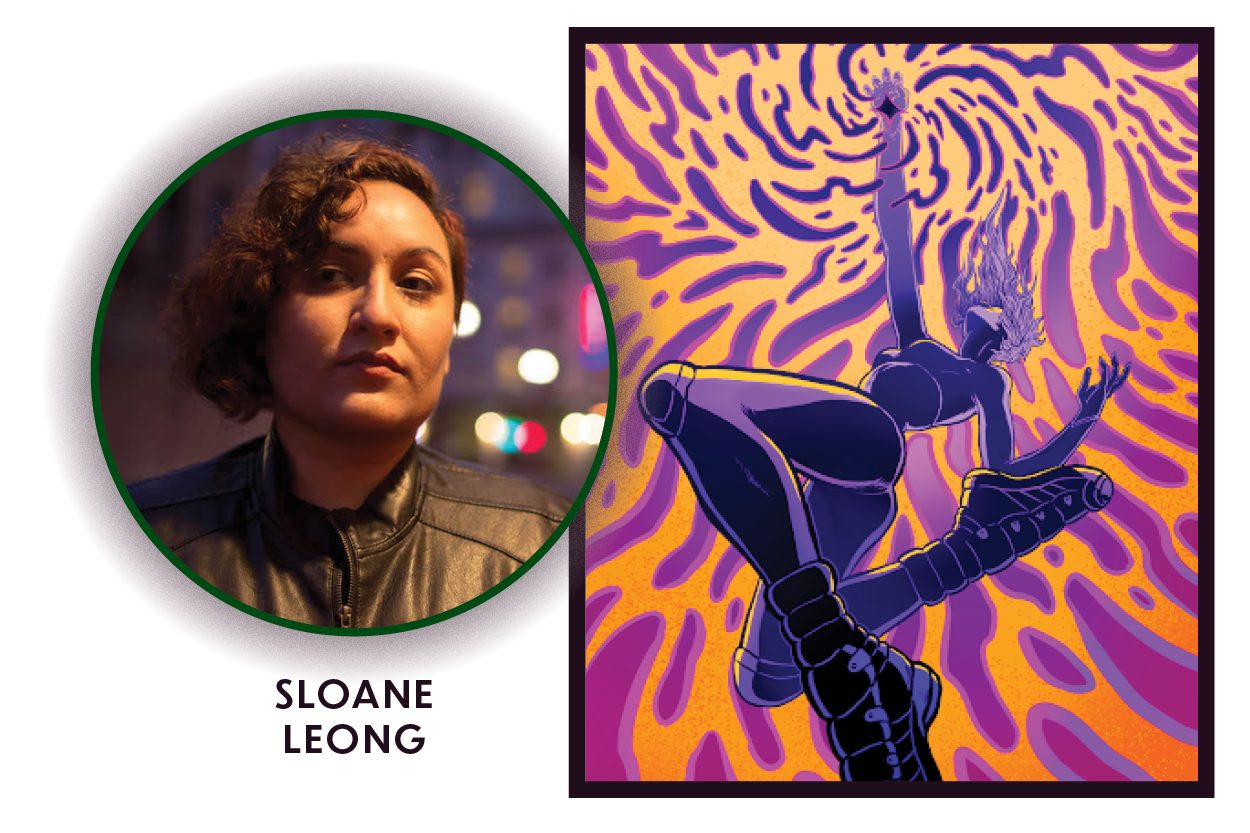 Sloane Leong is a cartoonist, artist, and writer of Hawaiian, Chinese, Mexican, Native American, and European ancestries. She’s written and drawn two acclaimed graphic novels, Prism Stalker and A Map to the Sun, and has short fiction in Fireside Magazine, Dark Matter Magazine, and Entropy Magazine. She is currently living on Chinook land near what is known as Portland, Oregon.