Tuesday, June 8, 2021
Sponsored by the Center for the Study of Race and Ethnicity in America (CSREA)

From their earliest encounters with Indigenous Pacific Islanders, white Europeans and Americans asserted an identification with the racial origins of Polynesians, declaring them to be racially almost white and speculating that they were of Mediterranean or Aryan descent. In Possessing Polynesians, Maile Arvin analyzes this racializing history within the context of settler colonialism across Polynesia, especially in Hawai‘i. Arvin argues that a logic of possession through whiteness animates settler colonialism, by which both Polynesia (the place) and Polynesians (the people) become exotic, feminized belongings of whiteness. Seeing whiteness as indigenous to Polynesia provided white settlers with the justification needed to claim Polynesian lands and resources. Understood as possessions, Polynesians were and continue to be denied the privileges of whiteness. Yet Polynesians have long contested these classifications, claims, and cultural representations, and Arvin shows how their resistance to and refusal of white settler logic have regenerated Indigenous forms of recognition.

Purchase Possessing Polynesians: The Science of Settler Colonial Whiteness in Hawai`i and Oceania from the Brown Bookstore. 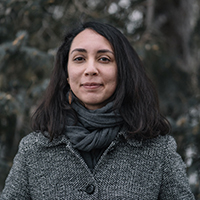 Maile Arvin is an assistant professor of history and gender studies at the University of Utah. She is a Native Hawaiian feminist scholar who works on issues of race, gender, science and colonialism in Hawai‘i and the broader Pacific. At the University of Utah, she is part of the leadership of the Pacific Islands Studies Initiative, which was awarded a Mellon Foundation grant to support ongoing efforts to develop Pacific Islands studies curriculum, programming and student recruitment and support. She is the author of Possessing Polynesians: The Science of Settler Colonial Whiteness in Hawaiʻi and Oceania (Duke University Press, 2019), which analyzes the nineteenth and early twentieth century history of social scientists declaring Polynesians “almost white,” arguing that such scientific studies contributed to a settler colonial logic of possession through whiteness. Her work has also been published in the journals Meridians, American Quarterly, Native American and Indigenous Studies, Critical Ethnic Studies, The Scholar & Feminist, and Feminist Formations, as well as on the nonprofit independent news site Truthout.