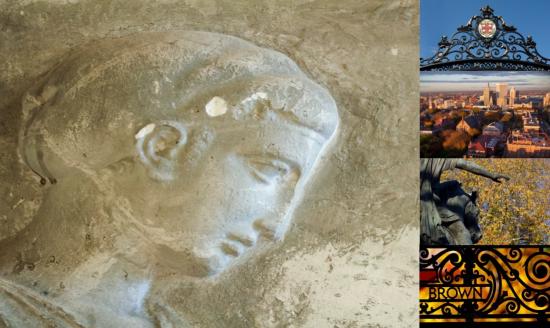 Classics focuses on the languages, literature, history, and culture of Greco-Roman antiquity. It provides specialized training for students intending to enter graduate school, and a broad liberal education for those with more general interests. Students may choose to study beginning to advanced levels in Ancient Greek, Latin, Sanskrit, or Modern Greek and gain knowledge in literature, mythology, ancient history, philosophy, and religion.  Additionally, each semester our department offers a number of courses that require no knowledge of the ancient languages.  Concentrators are strongly encouraged to integrate their studies in various fields of Classics by writing a senior thesis, participating in seminars, or undertaking a senior capstone project.

Programs of concentration may be arranged with emphasis on the ancient languages and literature or on ancient history and culture. Students may either pursue the standard Classics concentration - the most popular choice - or they may pursue one of the several optional tracks: Greek, Latin, Greek and Latin, South Asian Classics, Sanskrit, Greek and Sanskrit, or Latin and Sanskrit.  Beginning with declarations submitted after September 1, 2018, all tracks except "Greek and Latin," "Greek and Sanskrit," and "Latin and Sanskrit" require the satisfactory completion of nine courses as described below. The introductory courses in Greek and Latin may not usually be counted toward a concentration, but those in Sanskrit may be counted toward the concentration requirement in some of the tracks. Students should always consult with the Director of Undergraduate Studies regarding their path toward fulfilling requirements and choosing electives.

You can find additional information about concentration requirements on the Brown University Bulletin.  Programs are flexible and students are encouraged to discuss their plans with the Concentration Adviser.

Note: Once a student has earned credit for a 1000-level language class, he or she may not apply any subsequent class taken at a lower level (e.g. 0300 or 0400) in the same language toward concentration requirements.

Incoming students with International Baccalaureate exam scores in Classics or Classics-related subjects should consult with the Concentration Adviser in Classics about course placement and credit.  For a score of 4 or 5 on the Advanced Placement exam in Latin the Department of Classics awards one (1) unassigned credit in Latin for completion of one 1,000-level course in Latin with at least the grade of 'B'.

Concentrators are strongly encouraged to integrate their studies in various fields of Classics by:

Students may earn honors in the concentration by presenting a satisfactory thesis, for the preparation of which they will ordinarily enroll in the relevant 1990 courses; these courses may not be used to satisfy the standard requirements for a concentration. In order to qualify, the candidate for honors in the Department of Classics ordinarily will be entering his/her seventh semester of study and must have an “A” average (3.50 or higher on a 4.00 scale) in the concentration.

Students are encouraged to take related courses offered in the following programs: