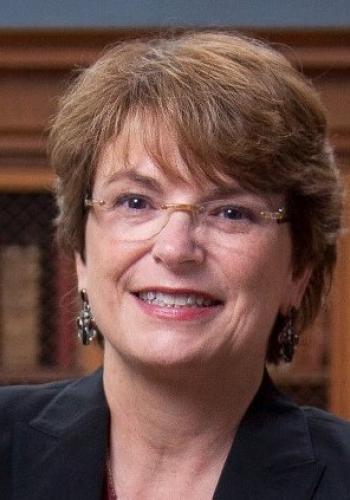 Christina Paxson was sworn in as the nineteenth president of Brown University on July 2, 2012, and joined the PSTC that year.

Initially working on international economic problems of labor supply, mobility, savings, inequality, and aging, has Paxson focused increasingly on the relationship of economic factors to health and welfare over the life course, particularly on the health and welfare of children. In 2000, she founded the Center for Health and Wellbeing, an interdisciplinary research center in the Woodrow Wilson School. The center established multidisciplinary graduate and undergraduate certificate programs in health and health policy.

Paxson was the founding Director of a National Institute on Aging Center for the Economics and Demography of Aging at Princeton. She was elected Vice President of the American Economics Association in 2012 and is a member of the Council on Foreign Relations. She has been the principal investigator on a number of research projects supported by the NIH, the most recent of which is a study of adversity and resilience after Hurricane Katrina.

Office of the President Page