Associate Director of Spatial Structures in the Social Sciences (S4) 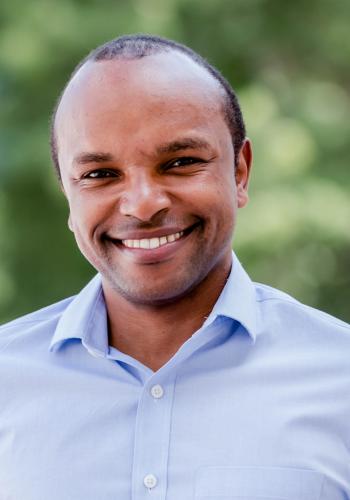 Mwenda joined Brown University and the PSTC in 2018. He is Associate Director of Brown’s Spatial Structures in the Social Sciences (S4) initiative.

Mwenda's research focuses on changing spatial patterns of health outcomes such as infectious disease and undernutrition among vulnerable populations around the world, and how these patterns are influenced by various environmental, climatic, and socioeconomic factors. His research interests include designing and applying methods that explore, analyze and visualize spatial patterns within health data, to better understand human-environment dynamics (e.g. population health, climate and society), and the role humans play at the nexus among these.

Prior to arriving at Brown, Mwenda served as Lab Manager at the UCSB Broom Center for Demography, and previously worked as a GIS & Spatial Analysis Specialist at Dartmouth College. He holds a PhD degree in Geography from University of California, Santa Barbara (UCSB).