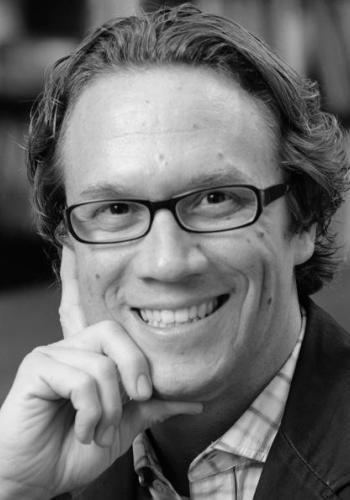 Linford Fisher came to Brown in 2009 and to the PSTC in 2016. He is a historian who writes and teaches on religion, Native Americans, and slavery in colonial America. He is the author of The Indian Great Awakening: Religion and the Shaping of Native Cultures in Early America (Oxford, 2012; paperback 2014) and the co-author of Decoding Roger Williams: The Lost Essay of Rhode Island’s Founding Father (Baylor, 2014).

Fisher is currently working on a book-length project on Indian and African enslavement in colonial New England and several select English Atlantic islands, including Bermuda, Barbados, and Jamaica. He is particularly interested in the forced movement and forced migration of enslaved peoples around the Atlantic basin in the early modern period. Fisher is also the author of a dozen additional essays and book chapters on a wide variety of topics related to early American history. He has received numerous research fellowships from the National Endowment for the Humanities, the Massachusetts Historical Society, the American Antiquarian Society, the Newberry Library, the American Philosophical Society, Harvard University, Brown University, and, most recently, the American Council of Learned Societies.

Fisher is also the Principal Investigator of the Database of Indigenous Slavery in the Americas. In conjunction with the Center for Digital Scholarship at Brown, he and his graduate students are building a crowd-sourced database of all known Native individuals who were enslaved anywhere in the Americas between 1492 and 1900. Although the project is still in the early phases, Fisher is developing a prototype in order to secure a larger building and sustaining grant. This project received startup seed funds from the PSTC and the Social Sciences Research Institute at Brown.

Linford D. Fisher. 2017. “‘Why shall wee have peace to bee made slaves?’ Indian Surrenderers During and After King Philip’s War,” special issue on Indian slavery for Ethnohistory 64(1): 91-114.